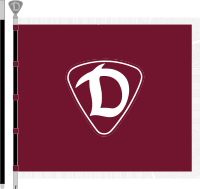 The Sportvereinigung Dynamo (German: About this sound Sportvereinigung Dynamo (help·info)) (English: Dynamo Sports Association) was the sport organization of the security agencies (Volkspolizei, Ministry for State Security and customs) of former East Germany. The sports club was founded on 27 March 1953 and was headquartered in Hohenschönhausen in East Berlin. From the date of its inception until 23 November 1989 the president of the SV Dynamo was Erich Mielke, who was also the Minister of State Security. Dynamo was created in accordance with the multi-sports club model developed in the Soviet Union and adopted throughout Eastern Europe.

This category has the following 31 subcategories, out of 31 total.

The following 3 pages are in this category, out of 3 total.

The following 41 files are in this category, out of 41 total.