The British Library in London is one of the world's largest libraries, with over 150 million items from around the world. It was formed from the library of the British Museum in 1973, and inherited the Museum's major collection of early books and manuscripts. The core of the collection comes from these "founding collections" and from the continual legal deposit of British publications, but over the years the Library has acquired or absorbed a number of other major collections, including the British Sound Archive, the National Philatelic Collection - probably the world's leading philatelic collection - and the archives of the India Office.

The British Library hosted two Wikipedia editathons during 2011, the first of which marked the tenth anniversary of Wikipedia in January. During 2012 and early 2013, it has hosted a Wikipedian in Residence, Andrew Gray.

There are two tracking categories of material sourced from the British Library currently on Commons:

The first category also includes a number of digitised books from a collection made available by the BL - this covers a wide range of 19th century literature. Please get in touch if you have any requests for uploads from it! 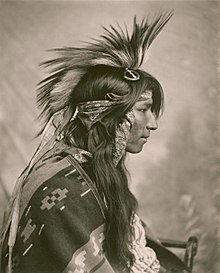 Following an amendment to the Canadian copyright act in 1895, registration of copyright in Canada required depositing two copies of an item. One was kept in Ottawa (ultimately with Library and Archives Canada) and the other sent to the British Museum in London. The requirement to send a copy to London was stopped in 1924, and no more material was received. The Museum's collection later passed to the British Library, where it was catalogued and conserved in the 1980s, and has not been heavily used since.

Wikimedia UK and the Eccles Centre for American Studies have co-funded the digitisation of around 4,000 images from this collection. In total, around six thousand files have been uploaded, both in original TIFF and edited JPEG formats, with full metadata. 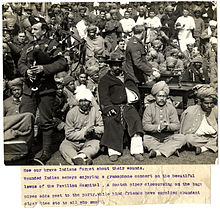 The images mostly cover the Indian Expeditionary Force in France in July-September 1915, with some photographs taken at the Indian hospitals in England. They were produced under contract to the India Office for propaganda purposes, and many retain original captions. A substantial amount of the "front-line" photographs are clearly faked, but were described and distributed as authentic, and continued to circulate as such until several years after the war.

In December 2013, the British Library published a collection of over one million public domain images scanned automatically from books held in the British Library collection. These are now on Flickr Commons and provide a rich source of imagery for use in Wikipedia and other Wikimedia projects. Some manual work is required to make them usable on Wikipedia, namely cropping of the automated scans. This page will hopefully contain a synoptic list of books in the million image collection so that volunteers interested in using the image collection can more easily find potential source material.

{{British Library image}} - for BL sourced files; automatically categorises them into Category:Images from the British Library. All parameters must be included even if left blank (it displays strangely otherwise)

{{IDP image}} - for IDP sourced files; automatically categorises them into Category:Images from the International Dunhuang Project. All parameters must be included even if left blank (it displays strangely otherwise)

{{Picturing Canada image}} - for Canadian Collection files; automatically categorises them into Category:Images from the Canadian Copyright Collection at the British Library. All parameters must be included even if left blank (it displays strangely otherwise)