From Wikimedia Commons, the free media repository
< Commons:FLG
Jump to navigation Jump to search
This project page in other languages:
English | Français | +/−

Welcome to the Fondation Lionel-Groulx's GLAM projects page. This page presents the various projects in which the institution is involved (often with partners, notably Wikimedia Canada, BAnQ and Acfas) since January 2014.

The projects initiated or supported by the Fondation Lionel-Groulx aim to enrich all contents pertaining to the history of Quebec and French America in Wikimedia Commons, Wikipedia, Wikisource, etc.

Wikimedian in Residence 2019-2020 : History of Québec and French-speaking North America[edit]

In March 2019, thanks to a substantial grant from Wikimedia, the Fondation Lionel-Groulx recruted its first Wikimedian in Residence (JBouchez) as part of the an ambitious one-year project aiming to improve and enrich the contents on the history of Québec and French-speaking North America in Wikipedia, Wikisource and Wikimedia Commons.

See the project page to learn about current activities. (French)

Bibliothèque et Archives nationales du Québec (BAnQ), Wikimedia Canada, Fondation Lionel-Groulx and Acfas, are working together to provide users of the Grande Bibliothèque in Montreal with workshops on the Wikipedia contribution process. Since February 2014, on the first Tuesday of each month, experienced wikipedians share their knowledge with all those who wish to learn how to contribute to the greatest encyclopedia in history.

Fondation Lionel-Groulx and Bibliothèque et Archives nationales du Québec (BAnQ) collaborated in 2016-2017 to digitize and promote the public course on the history of Canada given by Lionel Groulx on CKAC radio in the early 1950s.

250 vinyl records from the Collection Lionel Groulx (CLG37) are at the source of the audio files digitized by BAnQ and uploaded to Wikimedia Commons by Fondation Lionel-Groulx. Initially located in the Lionel-Groulx archive center (261, avenue Bloomfield, Outremont), the records are since 2009 preserved in the Gilles-Hocquart building (535, avenue Viger Est, Montréal) which hosts the BAnQ Vieux-Montréal archive center.

Thanks to this project, close to 100% of the course's lessons are now available for the whole world to listen to!

Listen to the history course...

Fondation Lionel-Groulx designed a great project to commemorate the outstanding figures of our history in the Montréal Metro. We observed that out of 68 metro stations located on the metropolitan area, 28 were given the name of important figures in the history of Québec and Montréal, yet nowhere could the users and visitors of the metro find any information about who they are. In the context of the 375th anniversary of Montréal, it seemed essential to us to fix this problem. To do so, Fondation Lionel-Groulx gathered the support of the Société de transport de Montréal and that of Québecor in order to accomplish the following: 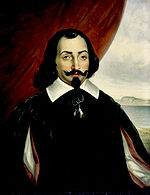 On Octobre 8, 2015, the Fondation Lionel-Groulx and Wikimedia Canada announced the uploading in Wikisource of the Œuvres de Champlain (Champlain's original French language works), published in five volumes, in 1870, under the patronage of Université Laval. In the public domain since 1923, already digitized by BAnQ and available through its online catalog since 2011, the documents added to the shelves of Wikisource on that day serve to produce a new digital edition of Champlain's works that will be free and of a very high quality thanks to careful work of correction, revision and proofreading done by the vast community of Wikisource volunteers.

This announcement coincided with the fifth public meeting of the Figures marquantes de notre histoire series, held on Tuesday, October 6, 2015, at the Grande Bibliothèque Auditorium, and entitled "Samuel de Champlain et les explorateurs de l’Amérique française". Historian and publisher Denis Vaugeois was then the guest of Éric Bédard, also historian, and host of this event. 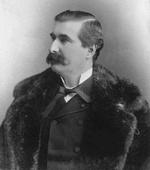 On January 29, 2016, Fondation Lionel-Groulx, Wikimedia Canada and Société du patrimoine politique du Québec (SOPPOQ) announced the uploading in Wikisource of the book Biographie, discours, conférences, etc., de l’hon. Honoré Mercier, published in 1890 by Joseph Octave Pelland. This announcement coincided with the date of the swearing-in of Honoré Mercier as Prime Minister of Quebec on January 29, 1887.

In the public domain for more than 70 years, already digitized by Internet Archive since 2009, the document added to the shelves of Wikisource now serves to produce a new free, gratis and high quality digital edition of the collection of speeches and lectures given by the famous politician. Indeed, the new edition will benefit from the meticulous work of correction, revision and proofreading carried out by the vast community of Wikisource volunteers.