The Royal Armoury, Skokloster Castle and the Hallwyl Museum aim to make their collections as accessible as possible, e.g. by only using free licenses for all images. This contribution of images is the largest donation from a Swedish museum to Wikimedia Commons and one of the largest worldwide. But more important than the number of images is the way they are put in context. There is data about the depicted objects, about owners and usage of the objects and links to articles in Wikipedia. This information can be of interest to the general public as well as to researchers and pupils.

This project has been made possible by financing from Vinnova (a Swedish government agency that administers state funding for research and development) and by extensive help from André Costa at Wikimedia Sweden.

How we make our collections accessible at the Royal Armoury, Skokloster Castle and the Hallwyl Museum.

In early 2012, The Royal Armoury, Skokloster Castle and the Hallwyl Museum launched a web interface for the collection database. This first stage enabled users to search for objects and people related to these objects. The data is licensed under CC0.

In June 2012, we started the project Open Image Archive. The objective was to make the museums’ image archive freely available to the public. The project consisted of three parts:

On 6 March 2013 the web interface was launched and 40,000 images were published online. In October 2013 we took the next step, contributing over 12,000 high resolution images, together with about 7,000 negative files, to Wikimedia Commons. The Royal Armoury, Skokloster Castle and the Hallwyl Museum will continually donate new images to Wikimedia Commons as a part of the ongoing cooperation.

Since then we have made more files available on Wikimedia Commons on multiple occasions. In June 2014 we uploaded 500 images as a complement to the original upload and in November the same year we completed our second large upload of roughly 6,500 images. In November 2015 we completed the third major upload of a further 6,500 images. In 2016 we made two major uploads of 2,700 images and 5,130 images as well as updating 1,500 images where the source images have been digitally improved since the original upload.

The description (in Swedish) of the Open Image Archive project can be found at the blog for the Department of Digital Resources.

The images have been produced over a long period of time and were created for documenting the collections, planning exhibits and for marketing purposes. It covers everything from digitised glass negatives to completely new images. The information about the images comes from an extensive export from the collection database of the museums and many have a rich context telling the story of who owned or produced an object, in which historical event it featured, if it has been used in any exhibits or publications along with information such as material and dimensions of the depicted objects.

These images are either in the Public Domain due to their age or freely licensed.

That means that anyone can copy, modify and disseminate the images, but please keep in mind that the images have a context that can be lost if you forget to link to the file page here on Wikimedia Commons or directly to the website of LSH.

All uploads go into Images from Livrustkammaren och Skoklosters slott med Stiftelsen Hallwylska museet. To browse them it is however recommended to start with one of the following subcategories:

Technical problems resulting from the way we receive the metadata about images can be reported at the talk page.

Due to the fact that file names and descriptions have been automatically generated from old catalogue texts that may not have been recently edited, there may be information connected to our images that we would today consider racist, sexist or in other ways discriminating.

Our ambition is to release as many images as possible under free licenses. Because of the vast amount of images in the donation to Wikimedia, a few images that should be protected by copyright may have slipped through. We invite users to report such problems, factual errors or other metadata issues here: Commons:LSH/Error reports. 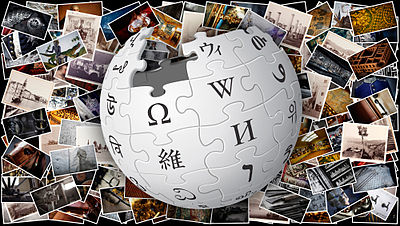