From Wikimedia Commons, the free media repository
< Commons:Picture of the Year
Jump to navigation Jump to search
Translate this page

Picture of the Year 2016
The results are in! View results »
Control Panel
·
Share
end
1 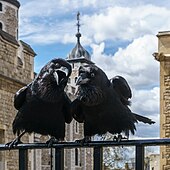 The 2016 Picture of the Year competition has ended and we are pleased to announce the results:

In both rounds, people voted for their favorite media files.

In the second round – the “three votes” was used – eligible users could vote for up to 3 finalists – each of these 3 votes counted equal.

We congratulate the winners of the contest and thank them for creating these beautiful media files and sharing them as freely licensed content:

We also sincerely thank to all voters for participating. We invite you to continue to participate in the Commons community by sharing your work.

Thanks,
the Picture of the Year committee