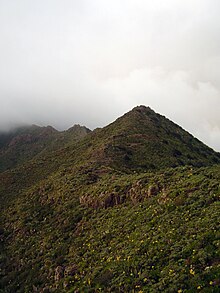 The four millionth file is a photograph of a cloudy mountain scene at sunset, near Masca in the Canary Islands. It was taken and uploaded by a Wikimedia Commons user Kallerna, who graciously released the work into the public domain.