From Wikimedia Commons, the free media repository
Jump to navigation Jump to search
This project page in other languages:

Wednesday August 19, 2009, marked the start of a cooperation between Regionarkivet and Wikimedia Sverige. The cooperation began with a donation from Regionarkivet (a municipal archive institution based in Gothenburg, Sweden) to Wikimedia Commons. All in all, 28 photographs by some of the most influential photographers of the 19th century, were uploaded. 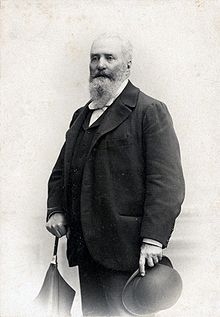 The images were brought to Sweden by architect Victor von Gegerfelt, probably during his visit to France during the 1850s. Among the photographers were Gustave Le Gray, Francis Bedford and Roger Fenton. The originals then hung on the walls of the Gegerfelt villa, where they were largely forgotten, until they were donated to Regionarkivet with other documents and pictures. The photographs were later rediscovered by an employee at the archive, Mattias Nittérus, put on display at the Hasselblad centre in Gothenburg. In August of 2009, high-resolution scans of these photographs were donated to Wikimedia Sverige and Wikimedia Commons.

All images are public domain, because of their age.

All the images can be seen at Category:Images from Regionarkivet

There have been similar cooperations between Wikimedia chapters and archives and libraries in the past. Here are some of them: