The first implemented feature for Structured Data on Commons will involve file "captions." The Caption field will enable users to enter brief descriptions of media in multiple languages. These descriptions will be stored on Commons as structured data using Wikibase, via the MediaInfo extension, instead of wikitext. (Caption information will not be stored on Wikidata.)

The following wireframes explore designs for the process of adding captions during the upload process, when the contributor using the Upload Wizard.

The multimedia team would like feedback on the direction of this feature. Please post your ideas at the end of this page, in the Discussion section.

Version 1: Only a Caption field added; no further changes to the Upload Wizard[edit]

With version 1, the current design of the Upload Wizard can be maintained, with multilingual captions handled in the same way that multilingual Descriptions are handled. There would be minimal changes to the user interface and workflow, and it would be the easiest to implement. 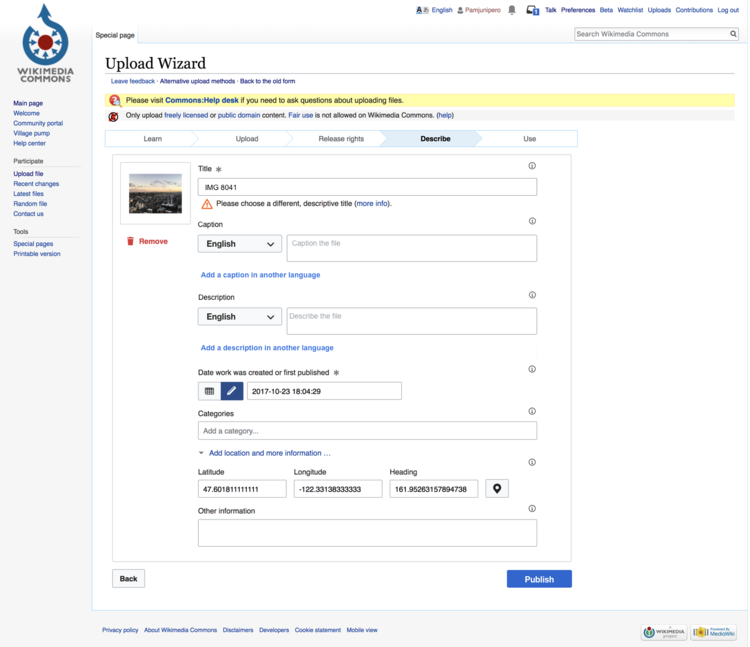 Version 2 is a “middle of the road” approach. The current pattern for adding metadata in a multilingual field is maintained, but the help text is made more visible to users, especially new or infrequent users. 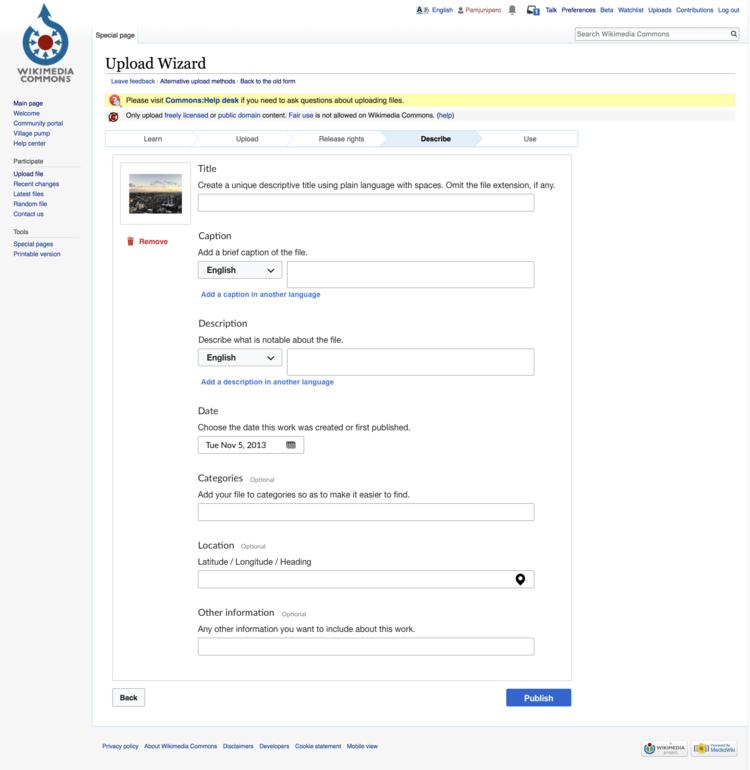 Version 3, with a language dropdown option

The screenshots below illustrate the interaction flow of adding languages in the Upload Wizard with version 3. The images shows what the page looks like, how it changes when you hover over a tab, and then what happens when you click the tab. 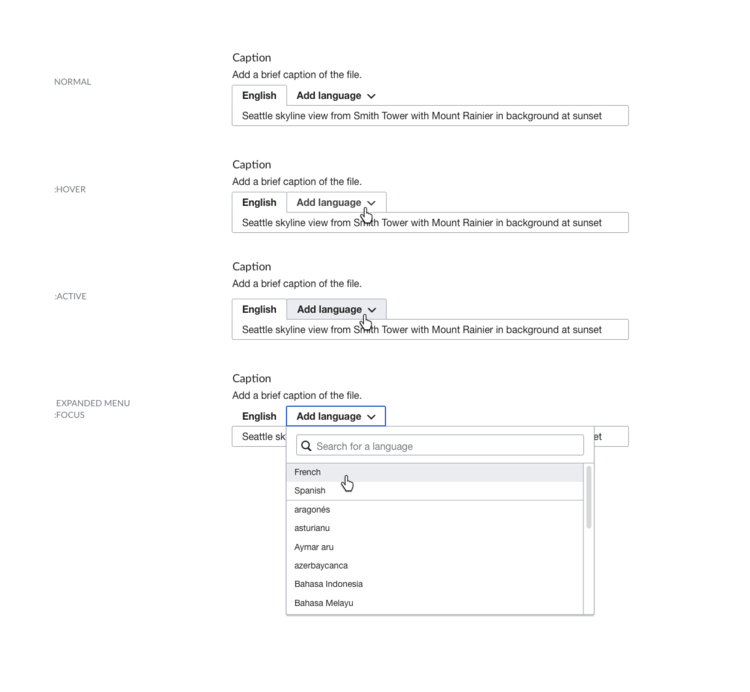 Adding a language to a caption

Adding a second language to a caption

The following discussion is archived. Please do not modify it. Subsequent comments should be made in a new section. A summary of the conclusions reached follows.

Thank you for participating. A couple of notes on points not necessarily related to the three designs specifically:

And the takeaway from the designer, PDrouin: Version number 2 offers the best mix of continuity of design and ease of use.

I look forward to seeing you all soon in our next discussion. Find out how to stay in touch with our newsletters and IRC office hours. Thanks again. Keegan (WMF) (talk) 18:12, 7 February 2018 (UTC) 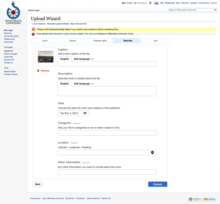 Version 3 with the filename/title field removed. The user just needs to fill caption and description

Please add your comments, questions, or ideas in this section. Feedback on the three possible directions for adding multilingual captions is appreciated. Your comments will help the Multimedia team determine which direction to go.

This discussion period will be open for two weeks, ending 6 February 2018. There is no date set for making a decision on the final design; this is one step in the information-gathering process.

Of course this would require bindings to Wikidata, and it would need to be explained and encouraged since it would amount to a rather new perspective on image metadata for most of our contributors.
Cheers! Rama (talk) 16:59, 24 January 2018 (UTC)

The above discussion is preserved as an archive. Please do not modify it. Subsequent comments should be made in a new section.