In 2013, Armenia took part in Wiki loves Monuments contest for the first time. The contest was organized and coordinated in Armenia by Wikimedia Armenia. Earlier Armenian Parliament had already amended Armenian law on copyright to allow freedom of panorama in Armenia by the initiative of WMAM[1]. Nagorno Karabakh also joined Wiki loves Monuments contest with Armenia. But as there is no FoP in Nagorno-Karabakh, it was taken photos of monuments whose architect died before 1944.[2]

Armenia has about 25 000 state-registered monuments. Most of these are not widely known; many are hidden in forests, mountains and rocks, and some are unfortunately endangered. Armenian participants of the contest faced the challenge to find monuments in the lists, photograph them and upload them to Wikipedia Commons (for most of the participants it was their first time to contribute to any Wikimedia project).

The full list is located here (2983 monuments in total). 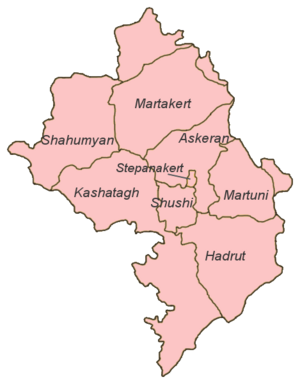