From Wikimedia Commons, the free media repository
< Commons:Wiki Loves Monuments 2016 in the United States
Jump to navigation Jump to search 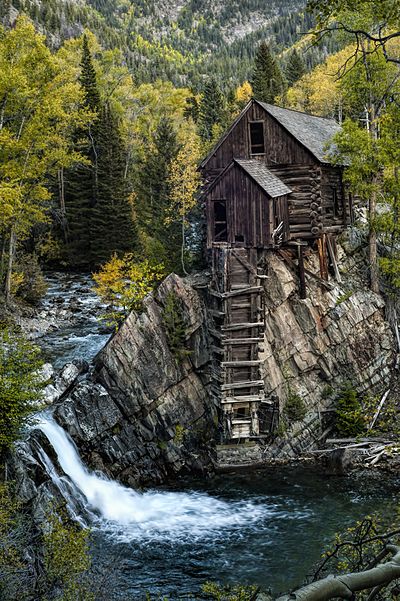 After winning third place in the United States contest, a photo of the Crystal Mill in Crystal, Colorado has won 11th place in the International round of the world’s biggest photography competition, Wiki Loves Monuments.

Captured by Joe Sparks, the photo depicts the structure nestled on an outcrop above the Colorado River. Crystal Mill was constructed in 1893 by George C. Eaton and B.S. Phillips, promoters of the Sheep Mountain Tunnel and Mining Company. A mill in name only, the structure was built to provide power via compressed air from a wooden water wheel to the Sheep Mountain Tunnel mining operations, where it powered the air drills and provided ventilation for the tunnel whose reach extended 1500 feet into the mountain. The Crystal Mill fell into disuse in 1917 following the closing of the Sheep Mountain Mine. Placed on the National Register of Historic Places on July 5, 1985, the mill today serves as a picturesque reminder of the mineral excavation and prospecting activities that drove early settlement in the area.

The photo captures the air of mystery that surrounds the structure that has been preserved though not used for 100 years. In the words of one of the international jury members "When you look at the image, you can see it's a special building on a special location, but the function remains mysterious. Clearly someone put in a lot of effort to build on this specific site, which certainly is related to the presence of the waterfall. The man made structure almost blends in with the surrounding nature, providing a realistic perspective in this romantic setting but at the same time leaving a feeling that something is off.”[1]

The 2016 Wiki Loves Monuments photography competition took place during September 2016. Over 277,000 freely-licensed photographs were submitted by more than 10,000 participants from 42 countries. All photos submitted to the contest were added to Wikimedia Commons, a sister project to Wikipedia that functions as an image repository for public domain and freely licensed images and other media.

This year, volunteers in the United States Wikimedia community from the Ohio Wikimedians User Group and San Francisco Bay Area Wikimedians initiated the national competition to raise awareness of the United States’ rich cultural heritage monuments and improve Wikimedia’s coverage of U.S. historic and cultural sites. The U.S. had not participated in the contest since 2013, and this year had more participants than any other country, with 1,788 unique uploaders submitting 11,351 photos to the contest and thereby to Wikimedia Commons. Already, 10% of the photos uploaded to the U.S. contest are being used on Wikimedia projects.