From Wikimedia Commons, the free media repository
< Commons:Wiki Loves Monuments 2016 in the United States
Jump to navigation Jump to search

Wiki Loves Monuments 2016 in the United States saw over 1,700 people contribute 11,000 great photos of cultural and historic sites from all over the United States and its territories. In addition to National Register of Historic Places sites, we welcomed uploads of sites designated by state- and local-level historical institutions and societies. Hundreds of these photos are already being used to illustrate Wikipedia articles!

After several weeks of judging thousands of photos by our team of judges, we are pleased to announce the winners of Wiki Loves Monuments 2016 in the United States. We were amazed by all of the uploads, and regret having to narrow it down to just 10. That being said - congratulations to the following national winners and their amazing shots! Each winner will receive a certificate, and the top-three will receive a cash prize. In addition, all ten winners will move on to the international jury for a shot at winning an international Wiki Loves Monuments prize.

1st Place
Korean Bell of Friendship in Angel's Gate Park, San Pedro, California.
The bell was presented by the Republic of Korea to the American people to celebrate the bicentennial of the United States and to symbolize friendship between the two nations.
By Russ Allison Loar

2nd Place
The Bahá'í House of Worship in Wilmette, Illinois, United States.
There are only eight Baha'i temples in the entire world, and the one in the US is located in a small suburb, Wilmette, which is north of Chicago.
By Wenbinbin2010

4th Place
The Hudson–Athens lighthouse on the Hudson River, New York.
By MikeDNJ89 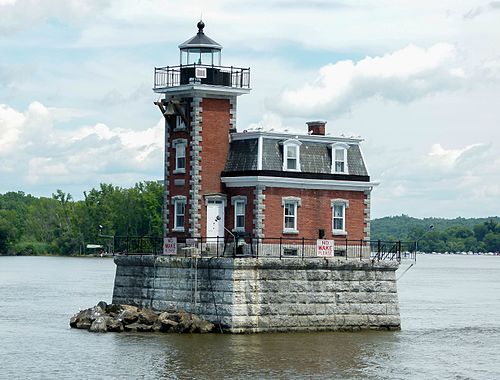 5th Place
Fort Hancock, a historical location in Sandy Hook, New Jersey. The picture was taken during the winter snow.
By Chandrasekhar 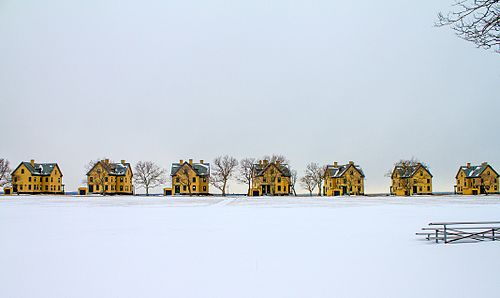 7th Place
View looking down the Caponiere toward the entrance from where the cannons are at Fort Washington Park, Fort Washington, Maryland, United States.
By Dale Youngkin

8th Place
The Lincoln Memorial, built to honor the 16th President of the United States, Abraham Lincoln.
By Cathy Rowe 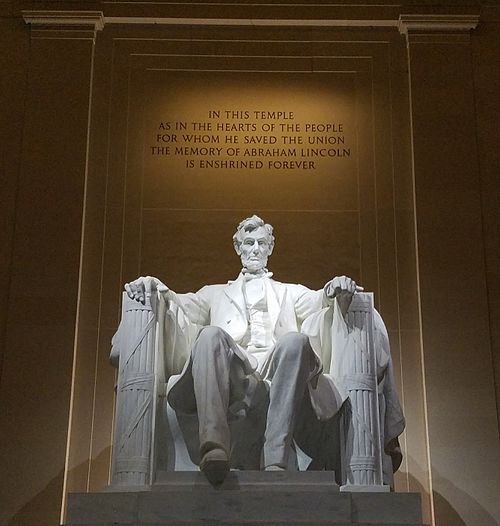 9th Place
The Theodore Roosevelt Dam, the first and largest of the dams on the Salt River in central Arizona, providing flood control, irrigation water, and hydroelectric power.
By Nicholas Hartmann 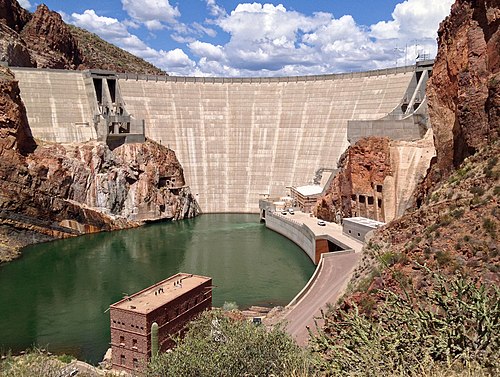