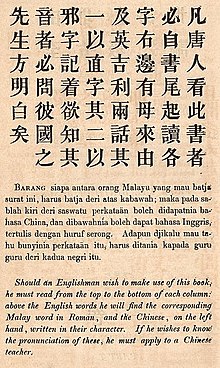 These are early books printed in Javanese script. Latin characters were introduced by Dutch by 19th century, and eventually supplanted Javanese script in modern days. Before printed books existed, the script was written by (palace) scribes. Such copy are now very rare and in fragile conditions.

Even though the Dutch East Indies Company had already arrived in Java as early as the 17th century, only after 1820 did the Dutch begin paying attention to Javanese literature, especially after the English interlude (ended with Java War 1825-1830) (Shadows of Empire: Colonial Discourse and Javanese Tales, Laurie Jo Sears (p. 80)). Before that, they were mainly focused on the lingua franca of the region, Malay language.