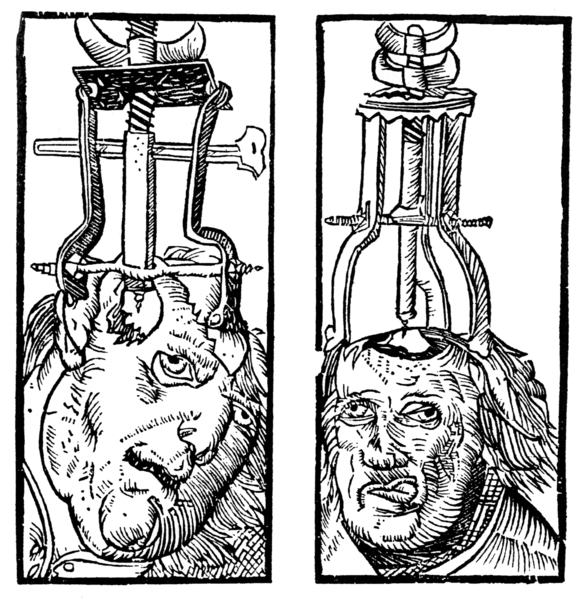 The following comment was left on en:Talk:Trepanation suggesting that this image depicts a skull surgery procedure which may (or may not) fit a (narrow?) definition of trepanation. Quoting:

The image entitled "1525 engraving of trepanation by Peter Treveris" is incorrectly categorized as trepanation. The text of the original edition by Hieronymus Brunschwig contains the following caption: "This instrumente is for to worke upon the heed/whan the brayne pan is beten in/for to lyfte it up agayne." Considering that the term "brayne pan" refers to the skull, Brunschwig is clearly illustrating the repair of a depressed skull fracture. This is a different surgical procedure than trepenation and the image only serves to muddle the difference. I recommend that this image be removed from this article. Grafereid (talk) 15:14, 24 April 2008 (UTC)

The user left no references etc, and I merely copy the comment to this page, for visibility and record. Power.corrupts (talk) 07:17, 15 September 2008 (UTC)

This image alledgedly shows a trepanation. By closer study this is not precise. The pictures show an apparatus (or two versions of the same) for lifting out a scull fragment after a complicated fracture, a retractor. You see a pointed screw inserted into the fragment, and on the top of the gadget a nut and screw to pull out the dislocated part of the scull. This procedure would be much more common than a trepanation in the 16th century.

The following page uses this file: