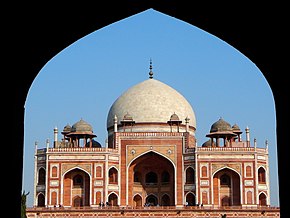 Surrounding monuments to the complex[edit]

The Humayun's Tomb depicts the rich architectural minds of the sculptors during the Mughal emperor. It is a tomb which has a number of tombs of people of the Mughal empire other than the tomb of the great Mughal Emperor Humayun
Retrieved from "https://commons.wikimedia.org/w/index.php?title=Humayun%27s_tomb&oldid=517184760"
Category: