In art, the term Icon (from Greek εικων, eikon, "image") commonly refers to religious paintings in Eastern Orthodox, Oriental Orthodox, and Eastern-rite Catholic jurisdictions. In churches, icons are commonly displayed on an iconostasis.

In a broader sense, icons are artistic visual representations or symbols of anything considered holy and divine, such as God, saints or deities. An icon could be a painting (including relief painting), sculpture, or mosaic, but usually it is tempera on the wood plank. 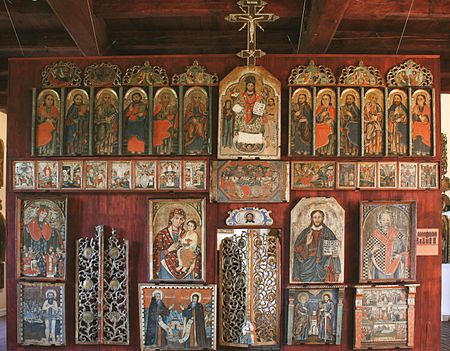