This gallery is about the country of 1707–1800. For the island and the official/unofficial grouping of England, Scotland and Wales, see Great Britain. 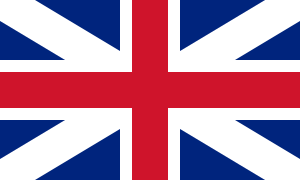 The United Kingdom of Great Britain was a sovereign state in North-West Europe, in existence from 1707 to 1801. It came into being on 1 May 1707, with the political union of the Kingdom of Scotland and the Kingdom of England, as agreed in the 1706 Treaty of Union and ratified by the Acts of Union 1707. It was a single kingdom encompassing the whole of Great Britain and its outlying islands, but excluding Ireland, the Isle of Man, and the Channel Islands — which remained a separate jurisdictions under the British crown. A single parliament was based in Westminster, replacing the parliaments of England and Scotland.

The kingdom was superseded by the modern United Kingdom on 1 January 1801, when Great Britain united with the Kingdom of Ireland by the Acts of Union of 1800.