From Wikimedia Commons, the free media repository
(Redirected from Regions of France)
Jump to navigation Jump to search

There are 17 administrative regions in France (13 of them in Europe, including the territorial collectivity of Corsica); the regions are subdivided into 101 départements (5 of them are not in Europe but overseas) and 1 metropolis with specific status. 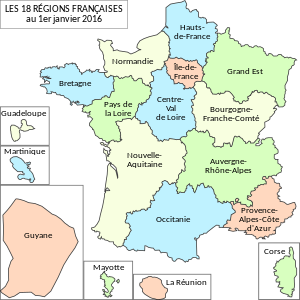 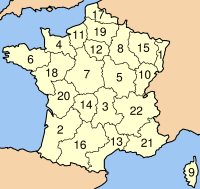 French administrative regions (in Europe) until 2015.

Flags
See more in category Flags of regions of France.