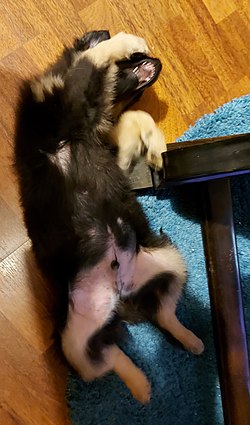 Canarian (despite of her name, born outside the Spanish Kingdom at the late 20th century), formerly known as Summer05 is an occasional Wikipedia user, who usually writes articles to Finnish Wikipedia or even more often translates them from English or Spanish Wikipedia. She also sometimes tries to classify/identify images in Wikimedia Commons and merge items or add links to Wikidata. She is also a big fan of Wikiquote, especially Lost and Casablanca quotes. 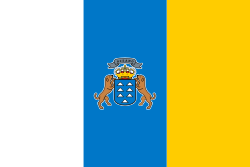 This has actually nothing to do with her.

The name Canarian has been directed from the Canary Islands.

Because Canarian doesn't have better things to do in her life, she can often be seen updating Wikipedia articles or adding photos to Wikimedia Commons even in the middle of the night when normal people are sleeping. Sometimes when she steps out the Wikipedia world, she also enjoys travels to sunny places and listening to music. Somehow she has also managed to receive a higher degree education, despite of dedicating her life to Wikipedia.

Despite of her concentration on mainly dog breed articles and photos, currently she does not own a dog. She hopes that one day this can change. She loves Great Danes, Doberman Pinschers, and Japanese type Akitas, but unfortunately those breeds suffer from severe genetic diseases. Another great love is the Great Pyrenees, but she knows she cannot offer the dog a yard to guard. Therefore she is pretty sure that her future breeds will be different kinds of podencos/podengos or sighthounds - as health and adaptability come first! Her favorite FCI group is definitely 5 - she likes more or less the vast majority of the breeds included. She also likes many breeds from the groups 2 and 1.

See the boxes on the right.

Canarian has modified the following articles in Finnish Wikipedia, and she has also started many of them:

In addition, she has started some articles without being logged in as Canarian.

The following gallery contains examples of the images Canarian has uploaded to Wikimedia:

Any photo to which Canarian owns the copyrights can be used freely in internet under the condition that you don't claim it to be your own photo, and preferably you also mention its original source. You can check the complete copyright license from each photos Wikimedia Commons page.

Canarian started dog photographing in 2003 with a traditional film using camera. The oldest photos she has uploaded to Wikimedia Commons are taken with this camera, then scanned to computer. Approximately in 2008 or 2009 she started to use an SLR digital camera, Sony a 350. After a decade, this camera came to the end - at first it dropped on the floor in Malta in December 2018, causing a small inaccurancy to photos, and finally at the end of July 2021, it got wet and stopped working in the middle of a show. Therefore, photos taken in the first of August were taken by a Samsung smartphone. Since the 7th of August, Canarian has been using an SLR digital camera Canon EOS 1100D.

Canarian has added some quotes from the following persons/movies/books or translations to the Finnish Wikipedia:

Canarian in Other Wikimedia Projects[edit]