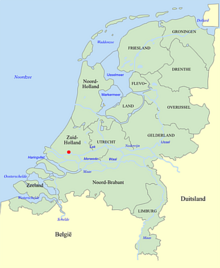 My work on Wikimedia Commons primarily consists of editing pictures found on Wikipedia.org and Wikimedia Commons.org. Furthermore, I make maps and edit others. I live in the city of Rotterdam, The Netherlands.

I want to check the svg-files I make for wikimedia beforehand. The files that look good in inkscape suddenly show errors after having posted them. I already started a thread on the inkscape forum about it: [19], and the solution given was already familiar to me. SVG-files can be checked with a program like Bluefish (linux) but that doesn't suffice. An svg-file can apparently be well coded, yet still show errors on wikimedia. An example for this can be found here: [20] (look at the arrows). Maybe this is something for the tech people. Okay, let me hear what you think about it and if you are having similar problems on this issue. Citypeek (talk) 05:31, 10 October 2010 (UTC)

The renderer MediaWiki uses isn't perfect, but there's some basic steps you can take that solve many complications. The main two things: convert everything (like arrows) to paths and save as "Plain SVG", not the default "Inkscape SVG. This is a common issue so there's lots of help out there. Here are some useful links: Commons:Graphics village pump (although posting here is ok too), Help:SVG, Help:Inkscape, w:Wikipedia:Graphic Lab/Resources/SVG, COM:EIC#Ink. I'm unaware of any software that can give you a preview of what it will look like before uploading (but I use Windows; I think there's stuff out there for Linux). Rocket000 (talk) 07:24, 10 October 2010 (UTC).

If you have Linux, you can use rsvg-view to preview how the file will display (MediaWiki uses rsvg to render SVG files). Pruneautalk 09:06, 10 October 2010 (UTC)

An SVG file will almost certainly have major problems if it includes any of the following constructs which Inkscape seems to insert fairly regularly:

Additionally RSVGLIB does not recognise some CSS constructions (thankfully(?), SVG editor's bloat their code by not including this sort of optimisation). Jarry1250 (talk) 21:54, 10 October 2010 (UTC)

Entries available in the atlas[edit]