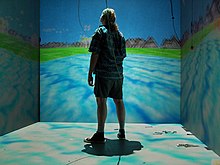 See User:Davepape/Images and User:Davepape/Images by others for all my image contributions; the list is a bit long, and mainly for my own reference. I've spent a fair amount of time mining the Library of Congress for useful images, especially the Brady-Handy, NYWT&S, and Baseball card collections.

Scanned Images & Images from the web[edit]

"Where did you get the high resolution versions of Library of Congress photos (e.g. Image:Louis Armstrong NYWTS 4.jpg)?"