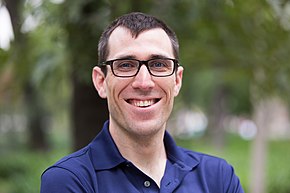 Welcome to the commons page for James Heilman, MD. Best to get a hold of me through Wikipedia [1].

P.S. I have signed consent from all identifiable people of whom I have uploaded images. They have agreed to the release of these images into the creative commons and the usage of these images on Wikipedia.

Wikimedia Commons has the potential to become a central repository of creative commons content. There are a large number of other sites running Mediawiki software to partner with. If we could either host their images or allow users of other sites to simultaneously upload to both Commons and the other wiki in question we could increase the rate we are expanding out image content and hopefully bring more people into the movement

One idea a number of organizations I have spoken with have agreed to in principle is them altering their websites to allow simultaneous uploading to both Wikimedia Commons and their own site. All these Wikis need is the software which would allow their users to do this. Some host both NC and non NC content. The upload tool could thus give people the option to simultaneously upload to commons if people are willing to release under our license.

How to link for other sites[edit]