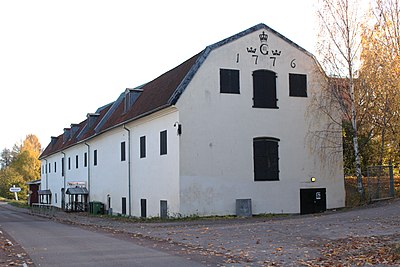 Sunday October 20th, me and Swedish fellow Wikimedian ArildV took the train "Upptåget" to Gävle. Our main interest was to depict protected buildings or other objects represented in the The Swedish National Heritage Board's (RAÄ) buildings database. In order to cover a bigger area, we brought bikes. After lunch, on our way to Strömsbro, my bike had a flat tire. That didn't stop us; we walked the distance. Now, a week later we have uploaded 145 pics. Watch them all here: Gävle by bike. 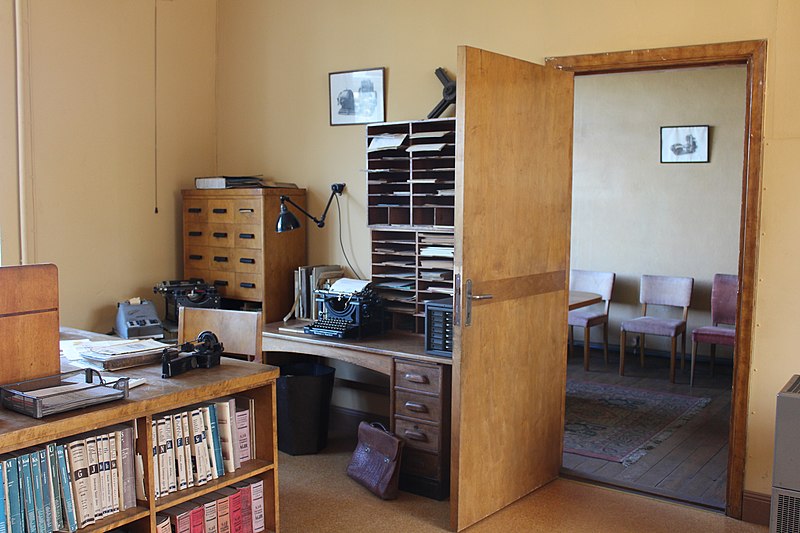 This picture came in second in the Swedish edition of Wiki Loves Monuments 2013. I did not expect that - it's not the most glamorous motif, but it's jury's privilege to pick and choose. During this years' WLM month, I made four excursions: to Örbyhus and Vendel, to Heby and Morgongåva, to Sala and to Norrtälje.

In Norrtälje, which even in September actually is quite a busy little town, the former machine engine factory Pythagoras is one of the places most worth seeing. There's been no on-site production since 1978. Nowadays, Pythagoras is a museum and indeed a charming one.

It's like the clocks here stopped ticking decades ago. Beside the factory there is an office building, one that looks like it's been cut out of a 1940's film. It looks like the clerks just took a short break. A paper sheet left in the typewriter reflects important work is still to be done. A brown briefcase is left on the floor. For many years my father run a timberyard with an office just like this. Talking to my sister, we agreed the resemblance was striking.

Here are some more pictures that didn't win anything:

If you want to take a look at the other Swedish prize-winning photos, please press here: link