I was born in 1963, in France. Currently living Paris downtown for 15 years.

My images are as simplistic as possible in terms of colours to maximise the images geometries readability. I focus on limited colours ranges; to have 2 or 3 tones only is really something important to me.

I'm give some of my shots to the Wikimedia Commons project because I really love this Wikipedia human adventure.

My images contribution to Wikipedia are here at Wikimedia

My Image of the week[edit]

This photograph was selected for the wiki commons picture of the year 2006, thank you very much for your support and for all the fantastic comments I have received ! This is trully encouraging, I will try to upload more photographs to wikimedia in the future. 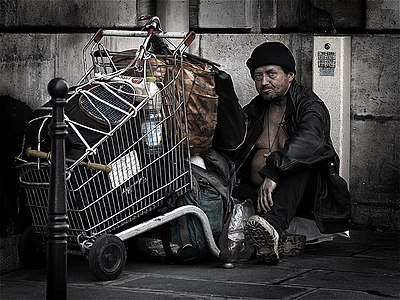 Promoted to Featured pictures on 5 January 2006.