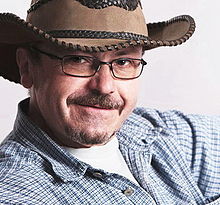 Gabor Dvornik is a freelancer photographer. Born in Hungary but lived in several places when was a child. He was educated in an american elementary and gained a wider view about the world that time - which later helped him in achieving results in photography. With self-education he learned how to use, handle and manage the full flow of analogue photography, from making the click to image retrieval. After settleing in Hungary for a longer period and finishing high school in Budapest (chemistry/english faculty) he attended the College of Veterinary Sciences and Agricultural Universtity becoming an agricultural veterinary engineer. Later he turned a bit more seriously to visual arts and completed the cinematography cameraman faculty at the Hungarian Film Institute. Trying out several different other professions from cab driver to poisonous snake milking, he worked years as a catering expert in Hungary and in Ukraina. He opened the second internet cafe in Hungary in the middle of the 1990s.

He started his professional but non commercial photography around 2006. First he just captured events for fun as all amateurs do, but later on learning the skills of digital imaging he began to create advanced artistic pictures. He participated in numerous hungarian and international competitions with a lot of success. He was nominated several times in Black Spider Awards, awarded in the Hungarian Press Photography and won at NASA competition etc. Latest result in 2013 was "Ezüstgerely" ("Silver Javelin") competition's 1st place, which is the oldest and most traditional sports photography competition in Hungary.

Gabor Dvornik's photographic works spread on a wide scale, but his main field of interest is characteristic portraiture and emotional landscapes. While he accepts commercial assignements, his works represents the artistic line of digital photography in all aspects.