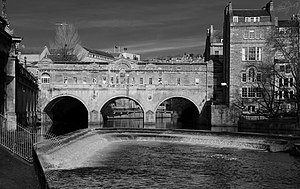 If something looks black and white it may be someone made it look that way...)

I've made some edits, uploaded some images and had some rights. Had a bit of a break and I'm around again though not as active as I used to be!

The warning you should have read if I blocked you

I will block anyone who attacks another user or who places offensive material such as racism. Equally anyone who abuses Commons by promoting something outside our scope is liable to be blocked immediately. If I have blocked you then the heading is for you.

It may be that your sole purpose in life is simply to serve as a warning to others.

"Lying to ourselves is more deeply ingrained than lying to others." --Fyodor Mikhailovich Dostoyevsky

Some years ago I took a digital photography course. I know a bit more than I did and, hopefully, have rather more skills with editing images. I've tended to take & upload "encyclopædic" images for a while however the course has me thinking about my photography in rather different ways.

These are the currently used/owned cameras. However a few others have been used for contributions in the past.