Here are some representative samples of my work.

I mostly upload my own photos; somewhere under ten percent of my uploads are either public domain material or from sources such as the Seattle Municipal Archives that free-license interesting photos. Here are some examples of my uploads of other people's work.

I uploaded and annotated the contents of a rather remarkable 1900 booklet called Seattle and the Orient. Amazing stuff (although the "and the Orient" in the title is mostly a business pitch.)

The Seattle Room at the Seattle Public Library is an another great resource. Among the many things I've found there are:

And from some other sources...

Looking through the 1909 Tyee (University of Washington yearbook), I came across some wonderful cartoons and drawings by a man named Olaf E. Caskin, who I gather remained in Seattle and worked mainly as a commercial lithographer. I've uploaded a number of them in Category:Olaf E. Caskin illustrations in 1909 Tyee. Here are a few of the best. And remember, this is 1909: years before Will Eisner.

Not always my own uploads, but I've been heavily annotating some old Seattle views, mostly street scenes; you'll have to click through to see the annotations, though:

The great Asahel Curtis, who worked mostly in and around Seattle in the early 20th century, often took multiple photos from the same spot to give the sense of a place. I've been stitching these together into panoramas:

Intersection of Columbia St. and Summit Ave., First Hill, c. 1903. This would now be somewhere in the middle of Swedish Medical Center First Hill.

Green Lake neighborhood and lake, circa 1903

Stimson Mill, Ballard (still an independent town at the time), 1904. 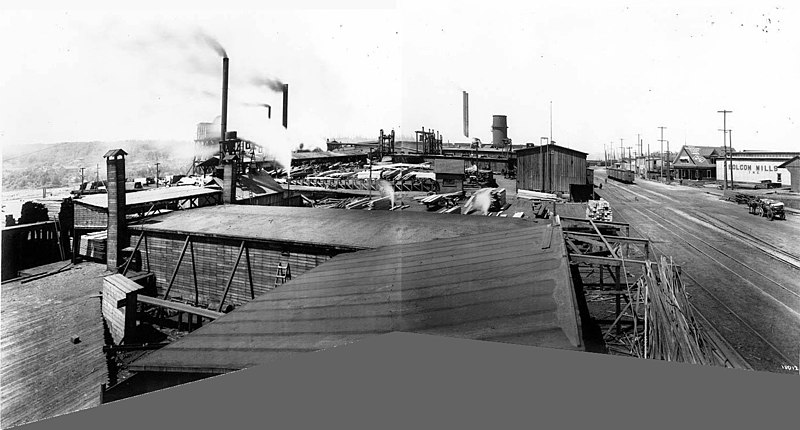 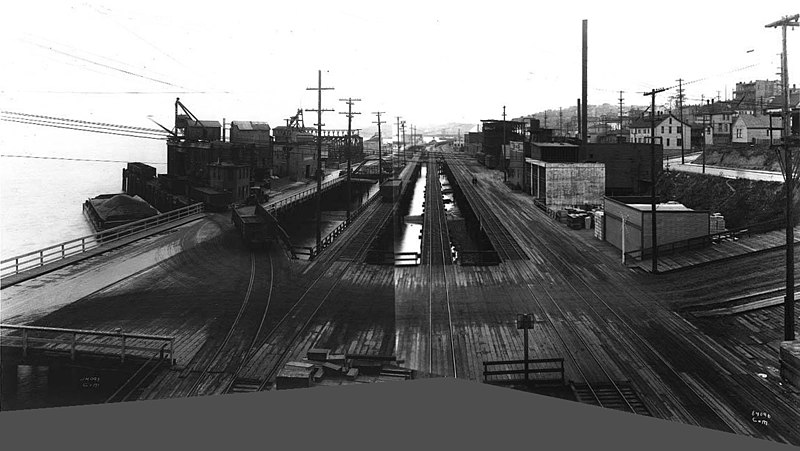 Seattle harbor and shipyards, including Harbor Island, from the south, 1919

One by Frank H. Nowell, official photographer of the Alaska-Yukon-Pacific Exposition (Seattle, 1909):

And one by Wilhelm Hester: