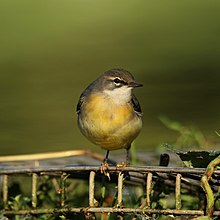 My wildlife interests include birds, butterflies, dragonflies and other animals. However, I seldom manage to take photographs better than Wikimedia Commons already has, so it would be superfluous for me to upload them here.

I contribute photographs of buses, most of them photographed in Oxfordshire.

I used to contribute photos of villages in Oxfordshire and elsewhere, and particularly their vernacular architecture and parish churches. Due to the behaviour of other Commoners in this area, I have all but ceased contributing photographs in these subject areas for the foreseeable future.

Wikimedia Commons has almost innumerable uncategorised or badly-categorised photos. I now spend more time categorising other people's photos than contributing my own.

This seems particularly true of photos copied from Geograph, which also seems to be one of the World's largest repositories of bad photos: poor exposure, poor composition, light in the wrong place, and in many cases no apparent subject. Many of Commons' public transport photos are of comparably poor quality, and especially those copied from Flickr.

The fact that a bad photo has a copyright waiver that allows it to be copied to Commons is not a reason to copy it. But now that tens of thousands of bad photos have been copied, they need to be correctly categorised to make this website more navigable.

I am fluent in English, fairly good at German, get by in French and know rudimentary Spanish, Polish, Czech and Russian. If you send me a message in German or French please keep it simple so that I can understand! My English Wikipedia userpage is here.