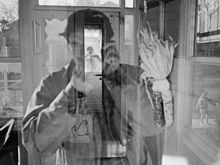 My name is Nicholas Hartmann. From 1980 to 2021 I was in private practice as a translator of technical and scientific documents, especially patents, from German, French, and Italian (learn more at this page).

I began taking photographs over 60 years ago, using a simple camera given to me by my father, Erich Hartmann. Since then I have taken hundreds of thousands of photographs in black-and-white and color, mostly for my own pleasure or as gifts to friends and family. As a graduate student I documented laboratory analysis techniques and archaeological excavations; my photographs have been exhibited in galleries, published in magazines, and acquired by museums.

Many of my pictures have now been contributed to Wikimedia Commons (click on "Tools | User uploads" in the left column); others can be seen at my personal gallery site.