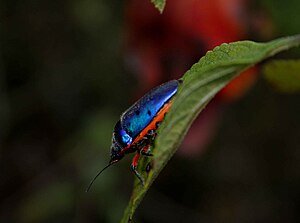 Namaste I have been around on Wikimedia Commons since September, 2006. I mostly upload my own photos that I use to illustrate articles I edit or improve on the English Wikipedia. My images are mainly on wildlife, especially birds, places, monuments and natural phenomena. Sometimes, when I find that there are no good photos of things like Laphroig or of an idli, I photograph them. I travel a fair bit, especially to forests, rural and tribal areas, mainly in India in view of my work in public health and my interest in wildlife. Some of my photographs are the reason for and the result of such travel.

I am rarely happier than when spending an entire day programming my computer to perform automatically a task that it would otherwise take me a good ten seconds to do by hand. - Douglas Adams said this about me without ever knowing it.

If you need to get in touch with me, especially about my photos, eMail me.

I am also around on other projects: English Wikipedia - strategy wiki - Meta-Wiki - ...and my website at daktre.com

DONT PANIC... any man who can hitch the length and breadth of the galaxy, rough it, slum it, struggle against terrible odds, win through, and still know where his towel is, is clearly a man to be reckoned with. - Douglas Adams not speaking about this statue in his legendary book H2G2

A gallery of my photos is here. While I have taken most of these photos for Commons, some of them are public domain images and photos by some of my wildlife biologist friends who work in remote areas, photographing rare and endangered species.

This flying squirrel is photographed by a friend and released under a suitable license for use in Wikimedia. It is found in some of the thicker forests of South and South-east Asia

This cobra was photographed outside my home at BR Hills. You can see my kitchen window. Several other photographs of mine are from BR Hills.

The Biligirirangan hills range is a North-South range, seen here across the Krishnayyana Katte reservoir at the foothills near the town of Yelandur. The whitish outcrop in the centre jutting out probably gives the name biligiri in Kannada to the ranges.
Retrieved from "https://commons.wikimedia.org/w/index.php?title=User:Prashanthns&oldid=62311600"
Categories: