My name is Premnath S. Kudva, and I am from Mangalore, India.

My interests include stamps, coin and Indian currency note collecting. In stamps I collect mint stamps, mostly directly from the postal administration of the country I am interested in. Besides mint stamps I also buy Year Books and Year Sets of a few selected countries like New Zealand, Switzerland, Canada, Australia and Great Britain. I have hosted several posts on some of the stamps in my collection, to see them check my stamp collection here at LJ. 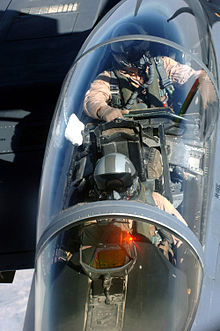 I collect proof coins of the US from the US Mint. My interest in US coins collection started when the US Mint started the 50 State Quarters programme in 1999. While buying that I also started collecting the American Silver Eagle coins. The 50 State Quarters programme will run for 10 years and end in 2008 when the last lot of five or maybe six quarters are issued. Six if the District of Columbia coin is issued if legislation is passed by US Congress. At eBay I have been able to buy buy quite a few commemorative proof coins for my collection. I also buy a few selected proof coins issued by the India Government Mint.

Prior to my above hobbies I was very much interested in reading. I used to read a lot of fiction, some of the authors being Jeffrey Archer, Frederick Forsyth, Sidney Sheldon, and John Grisham. During my school and college days I have read a lot of Enid Blyton (The Secret Seven, Famous Five et al), Arthur Hailey, and James Hadley Chase.

I still read a lot of magazines and books, though I have reduced reading fiction due to paucity of time. I have a large collection of books. So much so that when we built our house in 2001, I had a library room incorporated into it.

I restarted reading about two years ago. There have been a spate of book exhibitions in Mangalore over the last few years. One of which had brought a huge lot of hard bound used books from the US. From these I was able to buy at least 25 which where in mint condition.

New authors that I have read after I restarted by reading are James Patterson, Paul Adam, Martin Cruz Smith, Jan Burke, John le Carré (who was intensely boring), Michael Crichton and Dan Brown.

Orbiter Mount note:The rear mounting point on N905NA is labeled for the absent minded installer, with an instruction to "Attach Orbiter Here" — clarified by the precautionary warning "Black Side Down"

My interests also include aviation, aircraft and airliners. A large number of books in my collection relate to aircraft and aviation.

Even though it is very routine today, every take off and landing that I watch of an aircraft fascinates me.

Have a look at the new Boeing 787 at this website called How will you travel through life?. This site also has a section where you can check out the new Boeing 737. They have a large flash presentation here which shows the 737 being put together from fuselage to take-off.

A similar Airbus 330 assembly video can be launched here A330 Assembly.

The most awesome photos of airlines can be found at Jetphotos.net

My most favourite airliner is the Boeing 737, all types.

I am fascinated by space and w:space exploration. The idea that a vast expanse of space has been interpreted by man since ancient times is a humbling thought.

While I think the concept of a space station is all wrong in terms of money spent and other priorities on earth, I quite like the thought that there are human beings dwelling in a billion dollar tin can in space.

Rocket and shuttle launches impresses me every time I see it on TV. The high I should say was watching a shuttle launch in a theatre in the movie Swades. It was simply wonderful.

I had been following the Space Shuttle programme from the days of its development by reading about it magazines like National Geographic and Popular Mechanics.

I still remember the photo of a white hot glowing shuttle heat shield tile being held between the fingers of a scientist in a National Geographic magazine.

The Hubble Telescope is another space programme that grabbed my interest. I used to watch its development, and its wait on earth when the shuttle programme halted with the Challenger explosion. Its launch thereafter after the resumption of shuttle flights. Its faulty mirror, the successful service mission to rectify it, and the beautiful images it gave of space.

I have a collection of Indian currency notes, most of them in UNC condition. I got several of them at my bank and from friends at face value, others which were not circulating I got through eBay and Baazee (now eBay.in) auctions and once at a stamp exhibition here in Mangalore.

These are my collection of Indian currency notes album. I have hosted them at Imagestation.

Model Cars and Other Stuff[edit]

I interested in astronomy and look at the skies once in a while. I can tell a couple of the constellations though not the stars. I am deeply interested in space exploration, and manned space travel. And hence check everything that is available on those topics.

I maintain a regular blog of my activities at Premkudva's Journal.