User:Ram-Man/Depth of Field vs. Resolution

Most high DoF shots are limited to 6MP or 8MP to avoid diffraction degradation. If those images are cropped, then 2MP to 4MP is a reasonable expectation.

The examples shown are all Featured Pictures on the Commons and show that in practice we should not require any more than this when evaluating images of high DoF images. 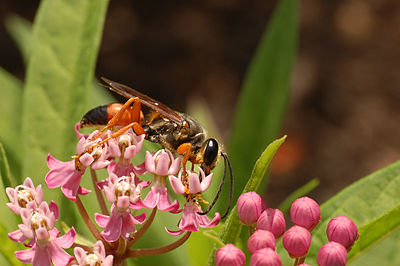 In the above photo, the DoF is so shallow it only extends to about half of the wasp. On a 6MP 1.5x crop factor Nikon D50, the pixel diameter is 7.8µm. The maximum circle of confusion for 1.5x crop factor is 21.07um. The diameter of the airy disk at f/11 is 14.7µm, so diffraction effects are just starting to become noticeable. It will be completely diffraction limited by f/15 when the diameter of the airy disk is 21.3µm.

On a 1.5x crop factor camera, the following are the approximate diffraction limits:

Diffraction effects are noticeable well before the limit is hit. To maximize subject sharpness and pixel level luminosity, a larger aperture must be used, thus lowering the effective resolution even further. So for a typical high DoF macro shot, we would desire between 4MP and 8MP in the final image size.

If the same picture had been taken on a 16MP 1.5x crop factor Nikon D7000, the pixel diameter would be 4.8µm. The image might as well be downsampled to 11MP, as diffraction has limited the resolution.

3MP crop from a 6MP original taken at f/11 aperture on a 1.5x crop factor sensor

If you take aggressive crops from a typical high DoF macro shot (usually around 6MP effective resolution), then we should expect resolutions in the range 2MP to 4MP.

A crop in camera (full-frame vs. 1.5x) is the same as cropping in software with regards to the diffraction limit. Cropping increases perceived DoF when viewing at the same magnification. This helps compensate for reduced resolution, but at the expense of magnification flexibility (that is, end-user usefulness). 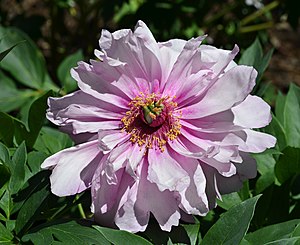 At a source resolution of 16MP, any additional resolution would be wasted, as this image is already at the diffraction limit.

There has been no mention of lenses or focal length to this point because they do not factor into diffraction calculations: Only the aperture and pixel size matter. That said, they can affect resolution negatively. A photo may be lens limited in addition to being diffraction limited. In real practice, the effective resolution may be even lower than the ideal ranges.

Different wavelengths of light are affected by diffraction differently. Blue diffracts less than green or red at the same aperture. On a Bayer sensor there are twice as many green pixels as individual red or green. All of these serve to make the diffraction limit only approximate. There are no hard and fast limits, only general guidelines.