The show Contempo has been performed live on web radio www.basic.ch (based in Geneva) between 2001 and 2010 every mondays at midnight (gmt+1). More than 1000 hours of music has been produced and still 800 hours are available online in the radio archives in Real Audio (2001 - 2005) or MP3 (2005 - 2010). Many missing shows are detained in the radio offices on Compact Disk. Almost all shows have been saved on Mini Disk. Detailed playlist of every shows are also available. The first years the music was made with records from Geneva city media libraries (cd and vinyl records), then some live instruments were added as well as special guests performing freely alongside the program, finally only live music was played, mostly with electric instruments. Sometimes special texts were written and recited during the show. Progressively the poetic definition of the shows was presented through a poem published on http://robertgrassi.tripod.com/ , in the last years only one word represented every show and the text was improvised. 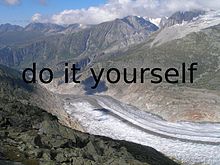