Hello, I'm Scott5114. I do most of my work on the English Wikipedia, where I'm an administrator.

I've decided that I'm going to license the majority of my new photographs under CC-BY-SA rather than releasing them into the public domain as I've done previously. Any SVG images I create will generally remain public domain. Of course, older photographs remain PD. 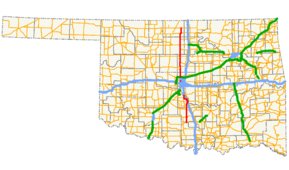