SVG flags of municipalities of Colombia[edit]

I am interested in vector graphics, mainly in vector flags and CoAs on Commons. I was willing to vectorize bitmap flags, as you can see here. I was interested in twin flags too, but I discovered that many striped "twins" can be searched in these and similar categories. I started to add flags of country subdivisions to these "striped categories" and after that I decided to add flags of municipalities of Colombia too. It was a pleasure at first, but then I felt a "duty" to categorize all flags from here not only by stripes, but by other devices too. I did it for all departments except Magdalena, Norte de Santander, Santander, Boyacá, Cundinamarca and Antioquia. I don't want to waste time, so I ask you:

Many flags of municipalities have more files from different uploaders, differing in naming convention. I am from Slovakia, but you could talk with fellow Colombians about this issue. I like your naming convention, but your flags are made in Inkscape and thus contain some waste code. BTW the colors and proportions are not always the same and I have no information about official designs. It can be as different as this. This seems to be another source of designs, but certainly does exist something official, as this for Slovakia. If you (or fellow Colombian) find it, will you fix the duplicated flags and stabilize the naming convention? (Valle del Cauca looks like keystone of this problem.) You could at least supersede the duplicates by superior files with preservation of your descriptions in Spanish. This job can be distributed by departments and/or alphabet order. Major uploaders are you, User:Shadowxfox, User:Ninane, User:Joey-das-WBF and User:Jed, but you can collaborate with anyone, including me. If you distribute the work (adding categories for stripes and devices, checking the official colors and proportions, eventually deleting inferior files), please inform me. I am fresh engineer looking for a job, so I have time to help, but it can change soon. Have a good luck! Hosmich (talk) 09:13, 1 July 2014 (UTC) 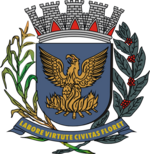 A community discussion has been closed where the consensus was to grant all file movers the suppressredirect user right. This will allow file movers to not leave behind a redirect when moving files and instead automatically have the original file name deleted. Policy never requires you to suppress the redirect, suppression of redirects is entirely optional.

Possible acceptable uses of this ability:

Please note, this ability should be used only in certain circumstances and only if you are absolutely sure that it is not going to break the display of the file on any project. Redirects should never be suppressed if the file is in use on any project. When in doubt, leave a redirect. If you forget to suppress the redirect in case of file name vandalism or you are not fully certain if the original file name is actually vandalism, leave a redirect and tag the redirect for speedy deletion per G2.

The malicious or reckless breaking of file links via the suppressredirect user right is considered an abuse of the file mover right and is grounds for immediate revocation of that right. This message serves as both a notice that you have this right and as an official warning. Questions regarding this right should be directed to administrators. --Majora (talk) 21:35, 7 November 2019 (UTC)