Hi, I noticed you uploaded a fixed version of Image:Water molecule dimensions.svg which I had started on. Just wonder what tool you did use as I had some trouble getting the arrowheads to show up ? /Daniel78 17:43, 18 May 2006 (UTC)Reply[reply]

With pleasure I've just noticed that you've "converted" Image:A Yin-Yang-Yuan Symbol - Triality-One.png to Image:A Yin-Yang-Yuan Symbol - Triality-One.svg, which I intended to do myself occasionally. Considering how difficult my first experience doing that with Image:A TransGender-Symbol Plain3.png to Image:A TransGender-Symbol Plain3.svg (because of “center-circle” transparency) was, I'm very curious about how you do such “conversions”. Did you do it manually (with Inkscape) or use some kind of software-tool? -- ParaDox 01:04, 22 July 2006 (UTC)Reply[reply]

I do everything in Inkscape, usually manually. With that one, it was tough to get the three pieces to fit together well. I started with a circle, converted it to a path, and added the tail; then I cloned it to make three of them, rotated them into place, fidgeted with the path until it looked right, and finally delinked the clones to change their colors. You really just need to spend enough time with Inkscape to get used to manipulating paths; it's a pretty awesome tool. ~ Booya Bazooka 16:27, 22 July 2006 (UTC)Reply[reply]

Thnx very much for your detailed answer :-)  I also want to let you know that I've made my own SVG-version in the mean time. If you should respond, then please do so on the image-talk-page. -- ParaDox 18:09, 23 July 2006 (UTC)Reply[reply]

The original Image:P religion.png has the Islamic star and crescent at right, while Image:P religion world.svg is based on a revised version of the PNG (uploaded to English Wikipedia) with the Ayyavazhi lotus and flame at right. Ayyavazhi seems to have a surprisingly strong Wikipedia presence, but its overall historical or social influence can't really be compared to that of Islam, so that it's not as suitable to be included in a very simple and selective graphic representing world religions. See Religious symbol for some graphics representing common religious symbols (including those in the images). AnonMoos 18:56, 5 August 2006 (UTC)Reply[reply]

Hai Friend, I found that you created this -->

image. I don't know how to make SVG Images. So can you please create an image for me with the same back ground as the above with this -->

image. (i.e) The second plain image with the back-ground (and shadow) of the first image.

Hello, you've marked this picture (and few others) as a duplicate/s. Could you please replace it\them on all (or few) projects it\they is\are used in? Thanks in advance, -- odder 14:22, 20 November 2006 (UTC)Reply[reply]

Thanks for uploading Image:P_videogame_controller.svg. I notice the image page currently doesn't specify who created the content, so the copyright status is unclear. If you have not created this media yourself then you need to argue that we have the right to use the media on Wikimedia Commons (see copyright tagging below). If you have not created the media yourself then you should also specify where you found it, i.e., in most cases link to the website where you got it, and the terms of use for content from that page. If the content is a derivative of a copyrighted work, you need to supply the names and a licence of the original authors as well.

Note that any unsourced and untagged images will be deleted one week after they have been uploaded, as described on criteria for speedy deletion. If you have uploaded other media, please check that you have specified their source and copyright tagged them, too. You can find all your uploads using the Gallery tool. Thank you. odder 11:04, 28 April 2007 (UTC)Reply[reply]

Can you explain your revert of Image:Factory.svg? No hard feelings, although I thought my gradient addition was an improvement. ~ Booya Bazooka 21:26, 16 July 2007 (UTC)Reply[reply]

The gradient doesn't work well when the image is used as a small icon in a stub template in en.wiki. But you could re-upload the gradient-version under a different filename. --Abu badali 16:05, 17 July 2007 (UTC)Reply[reply]

Well, I'm not sure about deletion. Doesn't the copyright cover just Rubik's named or logoed photos?

"The RUBIK'S CUBE® in its three dimensional form and any graphic or photographic representation of it, in any configuration, coloured or uncoloured, whether it carries the RUBIK'S CUBE® name or logo, is protected by intellectual property laws throughout the world." Source: http://www.rubiks.com/Image%20Rights.aspx . Michal

Hi, it would be really helpful if you released File:P blank.svg under PD-self. I'm having trouble because I can't combine the template with LGPL images for example. This template is so widely derivatived, so it would really help. --Beao 18:57, 25 January 2010 (UTC)Reply[reply]

Hello. I just wanted to let you know that the image Rubik's cube v3.svg, which was created or uploaded by you, has been nominated for featured picture status; have a look at the nomination page. Thank you and good luck!

My name is Lotte Baltussen, and I work at the Netherlands Institute for Sound and Vision. We are the archive of Dutch public broadcasters and hold many other types of audiovisual heritage as well. We have recently opened our new exhibition "3FM Presents: Your Serious Radio", which looks back at the last 50 years of pop music on the radio.

One of the interactives of our exhibition is a videomapping installation that depicts a teen room. When visitors enter the exhibition, they provide information that builds up their profile: their year of birth, gender and the favourite radio show, song, musical genre from their teens. This information is used to recreate their teen room; a sparse white space with 25 different elements such as a white bed, desk, and couch that are projected upon when a visitor activates his or her profile. We've divided the teen room into 10 time periods: 1965-1969, 1970-1974 and so forth.

In creating the videomapping, we have used countless free to use images, textures and patterns, among which is your image of a Rubik's Cube. We'd like to thank you very much for making your content available and thus making it possible us to use it. You can find a complete overview of the content used here, a blog post about the whole process here and pictures of the videomapping here, so you can see your content in action.

Permission to use figure in a book.[edit]

I am working with Prof. Steven LaValle to help obtain permissions for borrowing figures or pictures in his upcoming book Virtual Reality, to be published by Cambridge University Press. The book is online here:

We are hoping to include the picture of yours (https://upload.wikimedia.org/wikipedia/commons/thumb/1/10/Parallax_Example.svg/300px-Parallax_Example.svg.png) in this book (Chapter 6 , Figure 6.6). Could we please have your permission for this? Thank you. 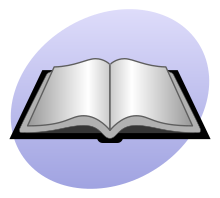 Hello, according to the file page, it looks that you had a role in creating the logo of "Commonist". On the talk page, there is a discussion about this symbol as an icon for Commonist. Could you comment here or on the talk page, giving your opinion about the suitability of this symbol? Ziko van Dijk (talk) 08:57, 10 November 2022 (UTC)Reply[reply]