Well... hello. I created an account here. But of course you already knew that, since you saw the images I uploaded: Image:Regular space.png and Image:Normal space.png. And that's the reason for my message: why did you change the licence tags the images had? If you check, you'll notice those were the tags on the previous images, en:Image:Regular.gif and en:Image:Normalspace.gif (if they haven't yet been deleted). --Fibonacci 01:02, 28 Mar 2005 (UTC)

Hi, Fibonacci! If you check the history of en:Image:Normalspace.gif, you'll see that en:User:Toby Bartels, the author, didn't tag it as GFDL. And at Image:Normalspace.gif you'll see he specified "No rights reserved". I happen to know from talking to him in the past that he means {{CopyrightedFreeUse}}, and not {{PD}}. See Image talk:Separation axioms.png for a slightly related discussion.

Similarly, Toby wasn't the one who tagged en:Image:Regular.gif as PD.

Hi Fibonacci, I seem to have missed your message (had no notification). As far as I can remember some of Ivanrguez pictures were taken from spanish Websites and I could not read the copyright notice. But these seem to be deleted by now. Greetings -guety 02:20, 27 August 2005 (UTC)

I have deleted this image, because it is trademarked and has a restrictive use policy, see http://www.ubuntu.com/ubuntu/TrademarkPolicy/ - sorry about this. Note that trademarked logos are generally problematic - even if they belong to free software projects. Even the logos of the Wikimedia Foundation are (sadly) not free. -- Duesentrieb(?!) 08:53, 29 August 2006 (UTC)

Yes - with the strict trademark restrictions in place, the GPL is effectively worthles. The policy page i linked above forbids any modification, and als restricts use very much. Also note that often, the people that draw icons and release them under GPL don't really think about it - only the original designer of the logo has the right to do that. There are dozens of supposedly GPL icons of, say, the Acrobat logo - but those license claims are void if the original design is copyrighted. There's a strong bias against trademarked logos on commons.
It's ironic that many open source projects have non-free logos - either restricted by trademark, or directly using copyright (like wikimedia does). This appears to be the case because open content licenses don't directly address the case of logos - as they should, IMHO. Ideally, Logos would be free to use, except to express association or endorsement. That would be fine with me. But we sadly don't have that. -- Duesentrieb(?!) 18:52, 29 August 2006 (UTC)

Indeed - the creator of that logo doesn't have rights to the original design, so he can't make it PD. It's derivative work. That he doesn't claim copyright to his contribution does not help - in fact, it's a direct violation of the terms of use of the ubuntu trademark. I'm afraid we have a lot more of those "but i have drawn it myself" type of derivative work under false licenses... -- Duesentrieb(?!) 09:55, 30 August 2006 (UTC)

Is there any special template I should apply to those images so they can be deleted upon sight by an admin? Or should I list each one separately at Commons:Deletion requests? (you might want to check the images on Ubuntu Linux - I think two of those are not allowed here and you could avoid them going through the lengthy deletion process). --Fibonacci 09:03, 3 September 2006 (UTC)

Hi. You indicated on my talk page that this image was deleted. I don't recall having uploaded an image with this caption, however. If it was in fact mine, could you please let me know what it was and when it was uploaded. Just so I can be more careful in future. Many thanks. - Mu 18:55, 17 March 2007 (UTC)

It was on polish wikipedia as FLOSS, so i tought that it's really free. I found on en.wiki that you've right. Thanks for information. Herr Kriss 13:20, 12 April 2007 (UTC)

Thank you for fixing the svg code of my image. This was first drawn in CorelDraw and then converted into svg and verified in Inkscape. Apparently Wikipedia software doesn't deal well enough with this format, whenever there are objects with holes in the picture files. Any suggestion on how to solve this problem in the future? Regards, Alvesgaspar 20:22, 9 June 2007 (UTC)

Rather than deletion, the image needs correction. Italy is completely wrong, but the thing can be fixed. I don't know where such a weird information comes from!. Could you please correct? Thank you.--User:G.dallorto 20:16, 26 June 2007 (UTC)

You just broke userboxes on the userpages of about 40 people with your use of the same filename for your new version of the radiation warning symbol (black symbol disappears into black background). The userbox is User:Disavian/Userboxes/Nuclear Energy JDG 16:37, 5 July 2007 (UTC) 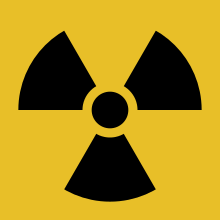 Thanks for uploading Image:Christianity.png. I notice the image page currently doesn't specify who created the content, so the copyright status is unclear. If you have not created this media yourself then you need to argue that we have the right to use the media on Wikimedia Commons (see copyright tagging below). If you have not created the media yourself then you should also specify where you found it, i.e., in most cases link to the website where you got it, and the terms of use for content from that page. If the content is a derivative of a copyrighted work, you need to supply the names and a licence of the original authors as well.

Note that any unsourced and untagged images will be deleted one week after they have been uploaded, as described on criteria for speedy deletion. If you have uploaded other media, please check that you have specified their source and copyright tagged them, too. You can find all your uploads using the Gallery tool. Thank you. Lokal_Profil 19:53, 19 April 2008 (UTC)

I had to revert your change because the new version you uploaded was showing up as just a plain white ghost at w:User:AgnosticPreachersKid, w:User talk:Allstarecho and w:User:Allstarecho/gc. ✰ALLSTAR✰ echo 19:43, 16 June 2008 (UTC)

Hello. I just noticed that you had retouched my picture of a yellow passionfruit to make it sharper - in fact the original was taken under suboptimal lighting conditions.
However, the flesh of the fruit looks too dark in your version, almost to the point of resembling that of a banana passionfruit. Could you please modify it so that the flesh looks lighter? The other pictures in the article might give you a good indication of its true colour. Unfortunately I'm not skilled with the GIMP or Photoshop, so I cannot do the editing myself.

Hi Fibonacci, I was looking through some math articles and noticed that your diagram File:Conway's soldiers.svg bears a very strong resemblence to the diagram at [3]. Although these are very simple diagrams, and strongly constrained by the problem under discussion, I'm concerned that the design choices borrowed here such as colors and line thickness rise above the threshold of originality, which would make this an illegal derivative work. Would you re-drawing this diagram in an original manner? Thank you. :-) Dcoetzee (talk) 03:31, 16 July 2010 (UTC)

there is a transparent line between each colour of the mauritius flag — Preceding unsigned comment added by 79.169.51.186 (talk • contribs)

Concerning this File:French country name genders.svg, that sounds good to me. Every country seems to be correct. Thank you for telling me about this, and you've done a great job. Regards. --Zorion (talk) 07:49, 8 January 2011 (UTC)

Hi, I was planning on using one of your images, File:Catholic population.svg and was wondering what the source is for the information in the image. Thank you in advance, Taketa (talk) 06:15, 15 March 2011 (UTC)

Almost a year ago now, a user pointed out on the en:WP "Grammatical gender" article's Talk page (see here) that there is a mistake in this map. The United Kingdom is called "le Royaume-Uni" in French, and is therefore masculine in French, not feminine, as it is marked. While I realize that "la Grande-Bretagne" is a proper name for "Great Britain" in French, it actually is not a proper name for the whole country, as "Great Britain" does not include Northern Ireland, whereas "the United Kingdom" does. If you look at this article you will see from the first paragraph alone that French is just as strict as English in making this distinction.

Since I haven't a clue how to edit svg files, do you think you could change that one country's colour to green to indicate the name's French gender?

There is another thing you might consider: The map hasn't been updated to show the South Sudan (masculine, of course).

Thank you for your past editing help at the image File:Sample 09-F9 protest art, Free Speech Flag by John Marcotte.svg.

It is now a Featured Picture at the English Wikipedia.

Error in World map with 4 colours[edit]

There is an error in the map with only 4 colours, because Azerbaijan and Turkey border each other and are both blue, so you need to colour Azerbaijan in blue and Georgia in yellow. Stigni (talk) 07:38, 29 September 2017 (UTC)

File source is not properly indicated: File:Flag of Khabarovsk Krai.svg[edit]

Source of derivative work is not properly indicated: File:Group of Seven (G7) Countries.svg[edit]