I am now proud owner of a TUSC account!

I like your uploaded photographs. In my view, they are valuable contributions to Wikimedia Commons. Thanks for that. I hope more photos will come from you. Greetings, High Contrast (talk) 10:11, 2 May 2011 (UTC)

Picture of the Year voting round 1 open[edit]

Wikimedia Commons is happy to announce that the 2012 Picture of the Year competition is now open. We're interested in your opinion as to which images qualify to be the Picture of the Year for 2012. Voting is open to established Wikimedia users who meet the following criteria:

Hundreds of images that have been rated Featured Pictures by the international Wikimedia Commons community in the past year are all entered in this competition. From professional animal and plant shots to breathtaking panoramas and skylines, restorations of historically relevant images, images portraying the world's best architecture, maps, emblems, diagrams created with the most modern technology, and impressive human portraits, Commons features pictures of all flavors.

For your convenience, we have sorted the images into topic categories. Two rounds of voting will be held: In the first round, you can vote for as many images as you like. The first round category winners and the top ten overall will then make it to the final. In the final round, when a limited number of images are left, you must decide on the one image that you want to become the Picture of the Year.

Wikimedia Commons celebrates our featured images of 2012 with this contest. Your votes decide the Picture of the Year, so remember to vote in the first round by January 30, 2013. 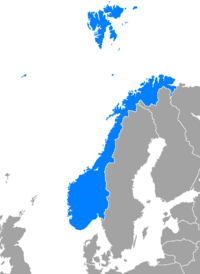 You are receiving this message because you voted in R1 of the 2015 Picture of the Year contest.

There are two total rounds of voting. In the first round, you voted for as many images as you liked. In Round 1, there were 1322 candidate images. There are 56 finalists in Round 2, comprised of the top 30 overall as well as the top #1 and #2 from each sub-category. In the final round, you may vote for just one or maximal three image to become the Picture of the Year.