Add a commment or question to my talk page

Hi again, When I wrote the above message I was under impression you ware the uploader of the image. I apologize for my confusion. --Jarekt (talk) 02:54, 24 February 2013 (UTC)Reply[reply]

I just had a look at Commons:Deletion requests/Files in Category:Paintings by Theo van Doesburg which we were discussing before I had read it. This is just a quick note to say that I agree with the decision and rationale there. --99of9 (talk) 19:02, 13 May 2013 (UTC)Reply[reply]

Hi Hay. Are you the owner of the "glamwiki" channel on YouTube? I was asking around a little while ago trying to find out who has the password so that we can start using that channel for GLAM-Wiki videos, and Multichill pointed me your way. Could you share the password with me if you have it? Thanks! Dominic (talk) 16:18, 31 May 2013 (UTC)Reply[reply]

Picture of the Year 2013 R2 Announcement[edit]

There are two total rounds of voting. In the first round, you voted for as many images as you liked. The top 30 overall and the most popular image in each category have continued to the final. In the final round, you may vote for just one image to become the Picture of the Year.


You are receiving this message because you voted in the 2013 Picture of the Year contest.

This Picture of the Year vote notification was delivered by MediaWiki message delivery (talk) 19:22, 22 February 2014 (UTC)Reply[reply]

I noticed this bot in recent changes/unpatrolled. 3500 edits without a flag seems a bit off, so I've temporarily blocked the account. I've asked about this on Commons:Bureaucrats' noticeboard#User:HuskeyBot as well. INeverCry 17:29, 21 March 2014 (UTC)Reply[reply]

Thanks. I've added something to the discussion on the noticeboard.

Picture of the Year 2013 Results Announcement[edit]

Picture of the Year 2013 Results[edit]

The 2013 Picture of the Year competition has ended and we are pleased to announce the results: We shattered participation records this year — more people voted in Picture of the Year 2013 than ever before. In both rounds, 4070 different people voted for their favorite images. Additionally, there were more image candidates (featured pictures) in the contest than ever before (962 images total).

We congratulate the winners of the contest and thank them for creating these beautiful images and sharing them as freely licensed content:

We also sincerely thank to all 4070 voters for participating and we hope you will return for next year's contest in early 2015. We invite you to continue to participate in the Commons community by sharing your work.

Thanks,
the Picture of the Year committee

You are receiving this message because you voted in the 2013 Picture of the Year contest.

Unfortunately the template name is a little bit confusing. I guess something like {Nationaal Archief - Anefo} would have made more sense.

Confusing it is. It is not a good idea to manage the categories through templates. In this case it shows, but for new contributors it is downright incomprehensible. It makes contributing to Wikipedia a mess. Jan Arkesteijn (talk) 12:35, 3 April 2014 (UTC)Reply[reply]

Oh yes, i completely agree that it's confusing. However, there are good reasons why you want to add the categories using the template. For example, if you ever want to change the category on all of these images you only need to edit in in one place (the template). Otherwise, you need to run a bot through the complete collection to change it.

Even that advantage does not outweigh the disadvantage, I think. Anyway, it's better to rename one of the templates, to at least shed some light on it. Jan Arkesteijn (talk) 12:53, 3 April 2014 (UTC)Reply[reply]

I'll add that to my todo list (the renaming). Unfortunately, renaming a template involves editing all pages that already have it :(.

example of a template change that puts the file into the "contributed by KB" category, though they didn't actively contribute it

Hmm, I saw that this now is in the category "media contributed by KB" as well as "images from KB", but I think only the ones that they actively contributed themselves should be in the "contributed by" category. Thpughts? Jane023 (talk) 09:50, 30 April 2014 (UTC)Reply[reply]

Hey Jane, yes you're right. I was rearranging the categories, and it's less work to throw everything together and rearrange later than to go through all the files individually. I'll sort it out!

I am a Prof. in Architectureand I am currently redacting a book titled “History of Interior Design and Furniture” and it will be published in Turkish edition. I would like to use your image from https://nl.wikipedia.org/wiki/Rietveld_Schr%C3%B6derhuis. At the end of the book, the name of the beholder of the image is noted in ‘Picture Credits.’ Do you prefer us to use your nick name in Wikipedia, or we can use your proper name if you prefer. Best regards, Mustafa Demirkan mustafaemindemirkan@gmail.com --hippofish 19:54, 13 July 2017 (UTC) — Preceding unsigned comment added by Serhatakbak (talk • contribs) 19:54, 13 July 2017 (UTC)Reply[reply]

I send you an e-mail!

Thanks! And you're welcome to convert my uploads to {artwork} of course.

Your bot has been listed at Commons:Bots/Requests/de-flag 5 as being inactive for over two years. As a housekeeping measure we'd like to remove the bot flag from inactive bot accounts, unless you expect the bot will be operated again in the near future. If you wish for your bot to retain it's bot flag, please speak up on the deflag page. If you consent to the removal of the bot flag (or do not reply on the deflag page) you can re-request the bot flag at Commons:Bots/Requests should you need it again. Regards, ~riley (talk) 22:37, 2 March 2018 (UTC)Reply[reply]

There is a proposal on the Bureaucrat's noticeboard to automatically expire GWT memberships after one year unless the user requests an extension. Please add your views and suggestions to the discussion. The reasonably informal process for getting access to GWT access will remain as is.

Welcome to Wikimedia Commons. While everyone is welcome to contribute constructively to the project, one or more of your recent file uploads had missing or false information regarding its source and copyright status. Please note that Wikimedia Commons takes copyright rules and infringement very seriously. Files may only be uploaded and included if their copyright status meets the conditions stated in our licensing policy, and if their provenance is clearly documented. Files that fail to meet those conditions may be deleted, and users who fail to meet them may be blocked. Please follow our first steps, if you haven't already. If you have questions, feel free to ask at the Village Pump copyright question page or on my talk page. Thank you.   — Jeff G. ツ please ping or talk to me 16:45, 25 May 2019 (UTC)Reply[reply]

@Jeff G.: , i'm not quite sure to which 'recent file uploads' you are referring to. As you might have seen from my user page, i've been a Commons user for quite a while so i'm pretty well aware of the rules considering copyright violations. Maybe you could be a bit more specific? Cheers.

Photos of plushies. Please see Commons:Deletion requests/Files in Category:Percy Plush and the links thereon.   — Jeff G. ツ please ping or talk to me 02:37, 26 May 2019 (UTC)Reply[reply] 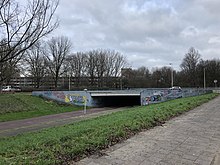 Hello! Roughly how many images are processed with Depictor daily? Thanks! EpicPupper (talk) 13:50, 4 May 2022 (UTC)Reply[reply]

@EpicPupper: Great question! I've crunched a couple of numbers and i've got this:

So for April it's more like 460 per day. Still quite a lot of images that are being processed!