File:Logo of the Council of Europe Commissioner for Human Rights.svg[edit]

You now have the Patroller right and may call yourself a patroller! Please take a moment to read the updated Commons:Patrol to learn how Patrolling works and how we use it to fight vandalism.

As you know already, the patrolling functionality is enabled for all edits, not just for new-page creations. This enables us to keep track of, for example, edits made by anonymous users here on Commons.

We could use your help at the Counter Vandalism Unit. For example by patrolling an Anonymous-edits checklist and checking a day-part.

If you have any questions please leave a message on the CVU talkpage or ask for help on IRC in #wikimedia-commons.

You are receiving this message because you voted in R1 of the 2015 Picture of the Year contest.

There are two total rounds of voting. In the first round, you voted for as many images as you liked. In Round 1, there were 1322 candidate images. There are 56 finalists in Round 2, comprised of the top 30 overall as well as the top #1 and #2 from each sub-category. In the final round, you may vote for just one or maximal three image to become the Picture of the Year.

hello, it come to my attention that I added incorrect q-codes to some category {{Authority control}} templates: q-code for the categories related to the subject instead of subject itself. I will try to find those and correct them, but in the mean time you should be aware of this complication. --Jarekt (talk) 14:05, 27 May 2016 (UTC)

I noticed your bot is not very active last week or so, but there are still a lot of pages in Category:Pages using authority control with parameters that could use some help. Categories like Category:Wikidata with missing ISNI identifier list pages where Commons has identifier but Wikidata does not, I was hoping your bot can verify and copy those to Wikidata. Similar thing with mismatch pages. I was looking at Category and Institution pages in Category:Pages with mismatching GND identifier (for time being you can see them at User:Jarekt/a) and they all seem to me like they are all valid alternative GND number. Can we use your bot to copy them to Wikidata? --Jarekt (talk) 20:25, 9 June 2016 (UTC)

@Jarekt: no, it wasn't done. I added the task now to my crontab. It will start every day at UTC+0. I also enabled the error tracking system. Regarding the alternative GND numbers: Do you have an idea for how to validate that a second GND number really represents the same entity as the first one? I imagine this to be pretty tricky. Warm regards, -- T.seppelt (talk) 12:20, 10 June 2016 (UTC)

I was doing "validation" by hand by removing GND from all Creator/Institution templates that either had non-working identifier (leads to non-existing page), identifier redirecting to a page for identifier already on Wikidata, or identifier leading to the page that had no identifying information other than name. What is left are very probable matches, often with matching dates of birth and death (+- a year or two). I do not speak German so it is hard to validate at 100%. One issue I run into several times that Commons pages are tagged with wrong q-code, so a quick verification that Commons dates of birth and death match Wikidata might be a good idea.

Yesterday I had an idea that I could add to Module:Authority control a link using Wikidata API that would pre-fill wikidata edit with identifier + "Imported from" Commons reference. That would really simplified process of manual copying of identifiers. Do you know if it is possible and if anybody tried it before? --Jarekt (talk) 13:41, 10 June 2016 (UTC)

Hello again. User:Zhuyifei1999 and I were working on linking category pages to Wikidata items and adding Wikidata item q-codes to {{Authority control}} templates. We got over 100k done, but there are still ~3500 pages left in Category:Pages using authority control without Wikidata. You are much more familiar with Wikidata and tools used there. Any ideas on how to match some more pages? Many categories or creator templates I try to match if I put enough effort I often find a match on Wikidata. Sometimes an image in a person category is used in an article about the person. Or VIAF number has a link to Wikidata. Or multibeacon tool can be used to look up item with a given VIAF number, category name or GND identifier ( only ~100 at a time, so very slow). But all of them are quite time consuming. Any ideas for other ways of matching Category:Pages using authority control without Wikidata with wikidata items? --Jarekt (talk) 00:11, 12 July 2016 (UTC)

@Jarekt: I went through the pages in the category and tried different methods to match them. I think that it's just impossible to match many of the pages because there are just no items on Wikidata for them. What we need is a method to create new items based on the content for creator templates / categories. I'm not sure whether we can do this automatically because the Commons pages don't contain that much information. I would rather prefer to do it manually and depending on the amount of work maybe using some kind of tool which we could create. --T.seppelt (talk) 04:55, 13 July 2016 (UTC)

That sounds like a good plan. Most pages with Authority Control info should be good candidates for the move. I am still looking through 500 pages that might have links to wikipedia pages in the text. Many of them already have wikidata items. --Jarekt (talk) 12:05, 13 July 2016 (UTC)

@Jarekt: this will be very complicated. Firstly to make sure that there is no other item and secondly to fetch a minimum amount of information to create new entities. I think I won't have enough time and energy to implement all these parsing and checking functionality. Maybe it would be good to rewrite {{Creator}} first so it makes use of Wikidata. Then we could migrate the information to Wikidata and delete it here. Everything could be done at one go. You did a great job with Module:Authority control. Could you start working on Module:Creator? -- T.seppelt (talk) 09:43, 16 July 2016 (UTC) 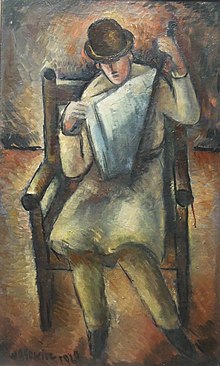 @Ablakok: Hi, you state that this picture is your Own work, but it seem to be a painting by Wacław Wąsowicz. Therefore this cannot be true. That the file is now proposed for deletion doesn't mean necessarily that it's going to be delete but that we need a better copyright declaration. Warm regards, -- T.seppelt (talk) 10:03, 16 July 2016 (UTC)

"Praca własna" means in this case that I am an author of the photo. Wacław Wąsowicz died in 1942, therefore his works are no longer protected by copyright law and everyone is legally entitled to publish their pictures. Regards — Preceding unsigned comment added by Ablakok (talk • contribs) 19:58, 16 July 2016‎ (UTC)

These are not Newton fractals. These are images of Mandelbrot set but Newton method is used. You can ask for second opinion the other person ( I have made these images). I think these changes shpould be undo. Have a nice day. --Adam majewski (talk) 18:48, 29 July 2017 (UTC) 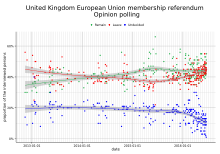