This is a Wikimedia Commons portal page. If you want to contribute photographs, you can have a look at http://www.wikilovesmonuments.eu or go to the Commons upload page directly.

The contest is organized in a federative fashion, so the details on a national level might differ from country to country. The basic concept is that people are invited to upload images of monumental objects under a free license for usage on Wikipedia. We want to try to get complete lists of these monuments on Wikipedia, including photos - giving a great and unique overview of the cultural heritage in a country.

The concept is worked out in more detail on Commons:Wiki Loves Monuments 2011/Concept. 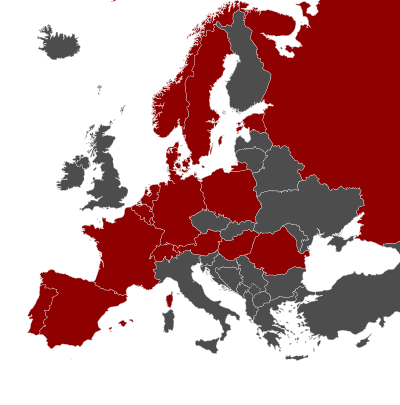 More detailed information on which countries did participate, and organization details are available on Commons:Wiki Loves Monuments 2011/Progress

A timeline is available on Commons:Wiki Loves Monuments 2011/Timeline

In total 169.150 pictures of European monuments were uploaded.

Best pictures of each country[edit]