Qutb Minar and its monuments 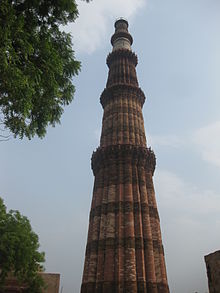 PS: Deciphering these inscriptions would be appreciated.