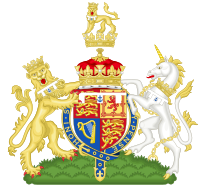 English: HRH The Prince Andrew, Duke of York (Andrew Albert Christian Edward; born 19 February 1960) is a member of the British Royal Family, the third child and second son of Queen Elizabeth II. He has held the title of Duke of York since 1986. The Duke of York has been fifth in the line of succession. At the time of his birth, he was placed second on that throne after his elder brother Charles III of the United Kingdom, until the birth of his nephew Prince William, Duke of Cornwall and Cambridge in 1982.

This category has the following 3 subcategories, out of 3 total.

The following 11 files are in this category, out of 11 total.