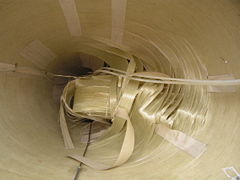 I'm a 23-year old student from Roermond, a town in Limburg, the Netherlands. I'm most active on the Dutch and English Wikipedia's and of course here on Commons. On most others I only do small edits like interwiki fixes.

Some of the pictures I made[edit]

Only recently I started taking photographs.

Since our royal navy allows use of their pictures for any purpose as long as they are credited I uploaded half their website to commons. A selection of the ones I like best: