In 1538, Cornelis Anthonisz. painted the oldest surviving map of Amsterdam. This view of Amsterdam was painted on the order of the city council of Amsterdam.[1]

In 1544, Cornelis Anthonisz. made a woodcut based on his earlier painting of Amsterdam.[2] 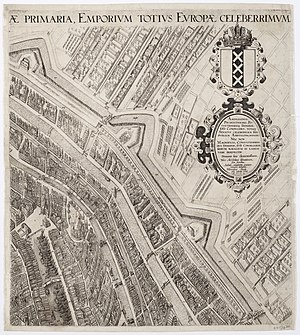 Balthasar Florisz van Berckenrode made this aerial map, comprising nine sheets, in 1625. This map is the most detailed of all wall maps made since the sixteenth century. Van Berckenrode's feat impressed the city's authorities, which bought sixteen copies for the sum of 300 Carolus guilders. The map was reprinted in both 1648 and 1657, with the most important changes to the cityscape added.[3] 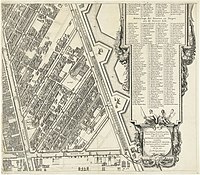 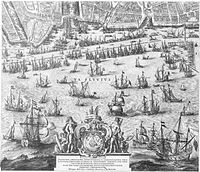 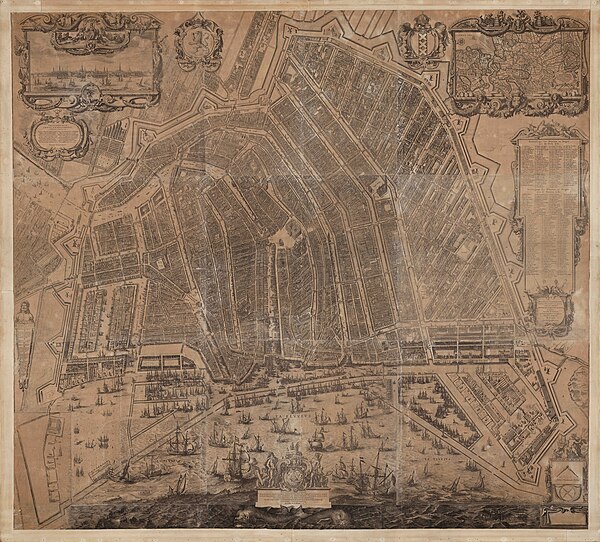 Jacob Bosch, an engineer employed by the city of Amsterdam, made a precise drawing of the second part of the canal belt that was laid out from 1662 onwards.[4] 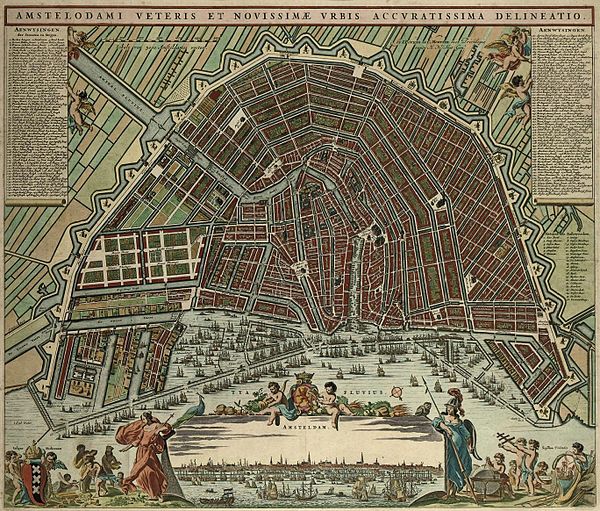 Gerrit de Broen's map was the last of the classic wall maps produced of Amsterdam. It was first published in 1724 and had five more editions, published between 1728 and 1794, which were all carefully brought up to date.[5] 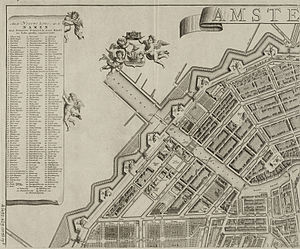