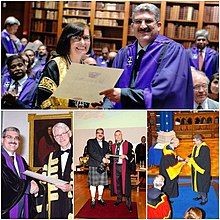 My article and photos about the newly discovered tablet V of the Epic of Gilgamesh in the Ancient History Encyclopedia, in September 2015, drew the attention of the World to this hidden gem.

My main focus is Mesopotamian history; I contributed quite a few high-quality images of Mesopotamian artifacts, ancient Mesopotamian cities, Paleolithic caves in Iraq, and rock reliefs. I've published many articles on several websites about Mesopotamia. I'm also interested in ancient Egypt! But, I have contributed to almost all the World's civilizations.

If you need to use any image from my Wikimedia Commons uploads, please feel free, but remember, you have to credit me properly and in full, as all of my images on Wikimedia Commons carry a "CC BY-SA 4.0 international" license. I don't grant permission to use my images for commercial purposes. To credit me, use the following formula:

The Iraq Museum in Baghdad displays a large number of statuettes (including fragments and heads) unearthed from the Diyala Region (Khafajah, Tell Asmar, and Tell Agbrab). The Sulaymaniyah (Slemani) Museum also houses 5 statuettes (given as a permanent load from the Iraq Museum in 1961 CE). Here you can find all of them, on display ones (including Tell Asmar Hoard and Nintu Temple Hoard). Several appear in many publications of the Oriental Institute of the University of Chicago; the latter did the Diyala Region/Valley excavations in the 1930s. However, many I couldn't find in any publication (book, report, or article), except one (in an article by Lamia al-Gailani in 1972 CE in the Journal Iraq). Therefore, they might well have been confiscated or donated to the Museum. If anyone has information (provenance) about these statuettes, please contact me. All of them were shot with My Nikon D750 camera.

Some images of mine: