This page is considered an official guideline on Wikimedia Commons. It illustrates standards or behaviors which most editors agree with in principle and generally follow. Feel free to update the page as needed, but please use the discussion page to propose major changes. 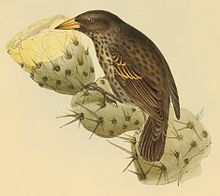 An image tagged with {{PD-scan}}. The scan was done in the UK, with brightness, colour and contrast corrections made in India. India’s approach to copyright is similar to that of the UK.

This page relates to scans / photocopies only. For photographs that have been taken from some distance away, see Commons:When to use the PD-Art tag.

Clearly, where the work done is sufficiently extensive that the result has to be treated as a new artistic work (e.g. where a black and white original is “hand-coloured”), the image cannot be uploaded to Commons without a licence from the new copyright owner.

Where the enhancement has gone beyond that, for example in bringing out selected details or colours not easily visible in the original, Bridgeman Art Library v. Corel Corp. may be less persuasive, and such cases should be considered on their own facts.