Here are some representative samples of my work.

View from the Alberg Terrace, University of Washington.

One of my projects has been to photograph places in Seattle (and thereabouts) that are on the National Register of Historic Places.

(The image above is the frieze of Seattle's Great Northern Building.)

Gas Works Park and a view across Lake Union to Downtown.

... and some official city landmarks that don't have NRHP status 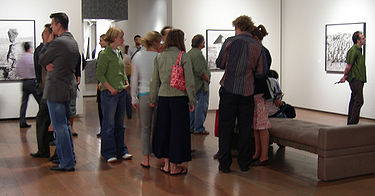 Some much more informal art: sand sculpture at Sandfest in Westlake Park, August 2006.

Some buildings by architect B. Marcus Priteca.

There's this weird little big of Tukwila along the Duwamish River, carved out of Seattle mostly at Boeing's behest. I've gotten some pretty cool animal shots there.
Technically not Seattle, but I believe most people think of it as Seattle. 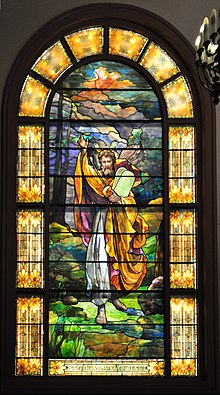 This stained glass window depicting Moses with the Tablets, now on the western side of the Schoenfeld-Gardner Chapel of Temple De Hirsch Sinai, Seattle, Washington, U.S. is one of the few surviving elements of the original 1908 Temple De Hirsch, where it was located on the east end over the Ark and Torah. It dates from c. 1908; a text at the bottom says "In memory of Fred Schwabacher the gift of his mother".

Oh, and one more panorama[edit]

I really like this one. There's a tiny flaw at lower right, but otherwise seamless.