THE WIKI LOVES PUBLIC ART 2014 CONTEST HAS BEEN POSTPONED

The team working on the international contest has took the decision that we will postpone the Wiki Loves Public Art contest for 2014 and review the possibility again next year. We have reached this conclusion as there are a number of issues that have to be solved for the contest to make sense, and each of them are a potential show stopper. The issues are:

John Andersson, on behalf of the international team 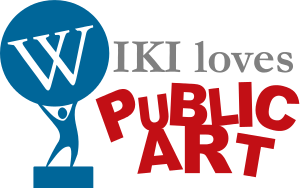 Wiki Loves Public Art 2014 is an international public photo contest around public art work, organized by Wikimedia chapters and groups. The contest was initiated by Wikimedia Sweden and Europeana and took place for the first time in May 2013. This portal is mainly targeted at the people organizing this contest.

The contest is based on the very successful competition Wiki Loves Monuments (WLM) and it shares the same basic structure. Just like WLM this contest is organized in a federative fashion, so the details on a national level might differ from country to country. The basic concept is that people are invited to upload images of public art works objects under a free license for usage on Wikipedia.

The contest is during May 2014, with the results in before the summer. We don't want to intrude upon the already successful Wiki Loves Monument scavenger hunt, and indeed will cooperate with them as much as possible.

The preparation for the contest began in November 2013.

A timeline is available on Commons:Wiki Loves Public Art 2014/Timeline

The results will be announced by the jury in Juli 2014

You can see the winners on Commons:Wiki Loves Public Art 2014/Results

Help us with organizing the contest in 2014[edit]

Amongst other things we need:

Your help is crucial to get this to work! If you are interested, please add yourself here or send an email to our email list: wikilovespublicart