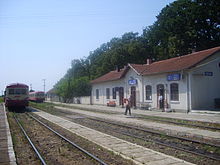 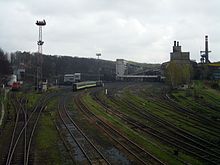 Tourist train outside a coal mine in Pszów, Poland. The line was officially closed the day after our visit.

My name is Jan Pešula. I come from Prague, Czech Republic. For the last 24 years, I have been working as an IT specialist on SAP R/3 projects. I enjoy setting up the system (hence my user name) and in the past, I used to discuss SAP - related topics on Sapfans forum.

One of the benefits of my job is, that the same software is used globally - which has given me a chance to work in Poland, Slovakia, Hungary, the Netherlands, Belgium, Guatemala, the United Kingdom and Denmark for several weeks, months or even years. At present, I am splitting my time between Dortmund and Copenhagen, but you will almost surely find me somewhere else once the current project is over.

Another passion of mine are railroads, especially traveling on freight or exotic lines. The industry is changing rapidly - tasks are being automated, freight traffic is concentrating to a few hubs and routes, governments are losing patience with unprofitable lines. All this results in modernization of main routes and closures of secondary ones. While traveling, I try to keep a record of current operations on freely licensed photographs such as these (not all under this link are mine), to save the memory for the posterity.

In Wikimedia Commons, I mainly contribute my own travel photos, mostly focused on secondary railway lines in Europe or places "off the beaten track". When not traveling, I like searching, editing and placing public-domain portraits and other illustrations from digitized books and magazines (e.g., Category:Humoristické listy or Category:Zlatá Praha). Many thanks to librarians from the Czech Academy of Sciences, the National Library in Prague and the Austrian National Library, who have made this effort possible by scanning millions of pages of old literature!

You can see the results from both activities in the small selection on this page, or all of them in a gallery.

Enjoy Wikimedia, and if you want, take a look at travelogues with many pictures from Europe and Central America on my personal web site (last updated in 2007).